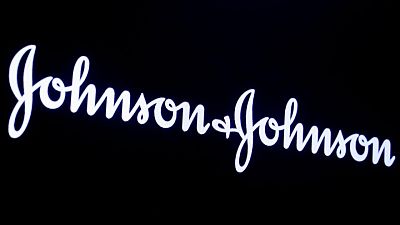 – Johnson & Johnson on Friday said it would split into two companies, hiving off its consumer health division that sells Band-Aids and Baby Powder from its pharmaceuticals and medical devices business.

The separate companies will have to divide up various legal liabilities. Here are the biggest:

Nearly 40,000 lawsuits alleging its Baby Powder and other talc products contained asbestos and caused cancer, which the company denies. The plaintiffs include women suffering from ovarian cancer and others battling mesothelioma. J&J has offered to contribute $2 billion toward resolving remaining talc litigation as part of the newly created subsidiary’s bankruptcy reorganization.

J&J and the three largest U.S. drug distributors – McKesson Corp, AmerisourceBergen Corp and Cardinal Health Inc – in July agreed to pay up to $26 billion to resolve lawsuits by state and local governments claiming they fueled the opioid epidemic. J&J, which was named in 3,300 lawsuits, would pay up to $5 billion. The settlement has not been finalized and eight states are not participating. The Oklahoma Supreme Court on Tuesday overturned a $465 million judgment against J&J in lawsuit by the state alleging it deceptively marketed painkillers in ways that downplayed their addictive risks.

J&J on Oct. 29 disclosed that it had settled most of the lawsuits it faced by thousands of men who claimed its anti-psychotic drug Risperdal caused them to develop excessive breast tissue and said it recorded $800 million in expenses in connection with the agreement. More than 9,000 lawsuits had been pending. The deal covered a case that one resulted in an $8 billion punitive damages award in 2019 that a Philadelphia judge later reduced to $6.8 million.

J&J’s DePuy Orthopaedics unit in 2013 announced it would pay up to $2.5 billion to resolve cases by people alleging injuries caused by its metal-on-metal ASR hip-replacement systems. It reached further agreements in 2015 and 2017 to resolve additional claims by patients, allowing it settle more than 10,000 cases in total. J&J says it has reached settlements in related class actions in Australia and Canada.

The company also has face lawsuits over its Pinnacle metal-on-metal hip implants. After being hit with several adverse jury verdicts, it agreed to settle thousands of cases in 2019. Lawsuits continue to be filed and J&J says 5,400 are pending.

J&J and other manufacturers of pelvic mesh products have faced thousands of lawsuits by women claim they suffered painful injuries and difficulty in removing of the devices. More than 104,000 cases against seven manufacturers including J&J were consolidated before a federal judge in West Virginia and by 2019 had resulted in more than $7.25 billion in settlements. J&J in its Oct. 30 quarterly report said it had resolved the majority of cases but still faced 10,700 claims.