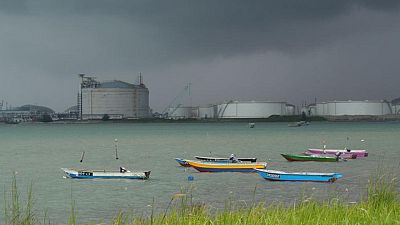 -Dutch oil and chemical storage group Vopak beat profit expectations for the three months to September on Friday, fuelled by an expansion of existing projects.

The company, which has been increasing its terminals in countries such as Australia, South Africa and Mexico, posted third-quarter earnings before interest, taxes, depreciation and amortisation (EBITDA) of 212.5 million euros ($243.21 million), surpassing analysts’ estimate of 205 million.

“In the last two years in particular, we have invested more than normal,” finance chief Gerard Paulides said in a call with Reuters.

“A whole range of projects are starting to contribute into growth,” Paulides said, “but the contribution could have been higher if the market conditions were not soft.”

Vopak’s occupancy rate — the capacity of tanks it rents out — fell during the period, which Jefferies analyst David Kerstens attributed to a weaker market.

For much of last year, Vopak profited from soaring oil storage demand due to a supply glut, but pandemic-induced curbs brought project delays and disrupted expansion plans.

Vopak’s shares were up by 2.4% as of 1150 GMT, but analysts said the announcement was not all rosy.

Olivier Vandewoude from KBC Securities said Vopak’s decision to slim down its growth budget to about 275 million euros “spoils the party a little bit”.

The analyst added that gas was a strategic priority for the company as well as an essential geopolitical asset.

Vopak’s CFO said the group would however remain a partner in the joint venture with Gasunie and Oiltanking, but become more passive following mixed commercial results.

The group, which has been shifting its business from oil storage to chemicals, industrial terminals and gas, said the exit had caused it to take a one-off 11.1 million euro hit.