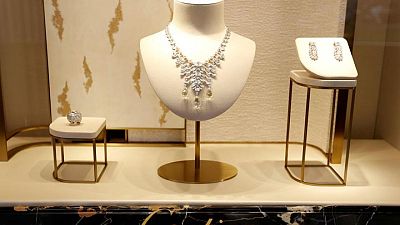 ZURICH – Richemont is in advanced talks with online retailer Farfetch about selling it a minority stake in loss-making Yoox Net-a-Porter (YNAP) in a move likely to appease investors critical of the luxury goods firm.

Richemont, which owns brands such as Cartier and Piaget, said on Friday it would also invite other firms besides Farfetch to participate in turning YNAP into a neutral, industry-wide retail platform with no overall controlling shareholder.

Shares in the company controlled by South African billionaire Johann Rupert surged as much as 10% to a record high after the YNAP news and better than expected first-half results, outperforming the European retail goods sector.

Richemont has invested heavily in YNAP, trying to make it less capital intensive by moving away from owning all of its inventory to a hybrid model where some goods are owned by third parties – inspired by Farfetch’s asset-light model.

But YNAP‘s persistent losses have fueled speculation about a possible sale and there were reports this week that activist hedge fund Third Point had built a stake in Richemont and was pressing it to improve its performance.

Long-time Richemont shareholder Artisan Partners told Reuters it agreed with activist investors that the company was significantly undervalued, saying the key reason for this was YNAP‘s performance.

Chief Financial Officer Burkhart Grund declined to comment on whether Third Point had built a stake but made clear the company’s goal was to cede control of YNAP.

Richemont Chairman Rupert again ruled out the idea of a merger with French luxury goods rival Kering, saying its previous rejection of a deal was a “binding statement”.

“We made a clear statement that Richemont is not for sale and we are not interested in merging, so we believe in our own businesses,” Rupert, who controls the majority of voting rights in Richemont, said.

Bernstein analyst Luca Solca said separating YNAP from Richemont would create material shareholder value and he also applauded the company’s strong performance in jeweler and its improvement in watches this year.

Richemont reported a jump in net profit to 1.25 billion euros ($1.4 billion) in the six months to Sept. 30, beating forecasts for 1.15 billion euros in a Refinitiv poll, but the company remained cautious.

“For the second half of the year, volatility is likely to persist, including in terms of inflation and geopolitical tensions,” said the company, also known for its IWC watches.

Richemont said constant currency sales jumped 65%, helped by a weak comparison base last year, when business was hit by the pandemic.

French luxury goods company LVMH said last month its like-for-like sales rose 20% in the third quarter, while Kering reported a 12.2% increase. Both flagged a slowdown in Asia due to a resurgence of COVID-19 cases.