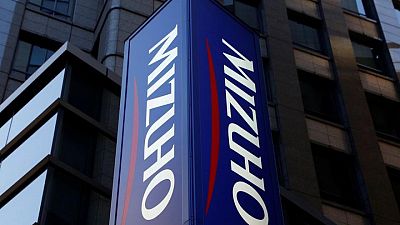 As the COVID-19 crisis hammered the economy, lenders have been proactive in setting aside bad loan reserves, but intervention from the government has capped those losses, said S&P Global Ratings senior director Ryoji Yoshizawa.

“Most of the banks have not recorded a large amount of credit costs thanks to the huge government support provided to corporate sectors,” he said.

Going forward, overseas lending margins may be squeezed as the Federal Reserve starts to taper its financial easing, while sluggish recoveries in Southeast Asia could add to credit costs in those markets, he added.

Japanese banks have been struggling with years of ultra-low interest rates and a shrinking population. SMFG is looking overseas for growth opportunities.

In July, the company announced plans to buy a controlling stake in Fullerton India for $2 billion and to purchase nearly 5% of Jefferies Financial Group Inc shares for $386 million.

SMFG also announced it would spend up to 100 billion yen to buy back and retire outstanding shares.

Mizuho has been plagued this year by a series of system glitches in its ATM network. Chief Executive Officer Tatsufumi Sakai started his earnings presentation by apologising for the trouble.

Amidst a number of earnings on Friday, a takeover drama over smaller lender Shinsei Bank Ltd escalated.

SBI Holdings Inc. said it would consider taking a majority stake in Shinsei if it succeeds in its $1.1 billion tender offer to raise its stake in the lender to 48% from about 20%.

However, SBI will retract its offer if Shinsei pursues a poison pill defence, it said.

Adding to the fray, a regulatory filing showed that City Index Eleventh, a fund backed by activist investor Yoshiaki Murakami, held 5.29% of Shinsei.