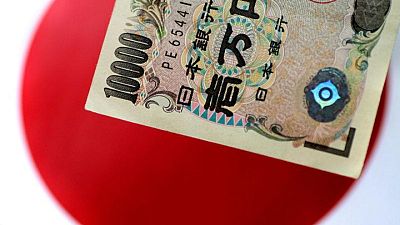 By Takaya Yamaguchi and Leika Kihara

TOKYO – Japan’s economic stimulus package will require fiscal spending worth 40 trillion yen ($350 billion), the Nikkei business daily reported on Friday, and a draft of the spending plan reviewed by Reuters features steps to ease the pain of rising oil prices.

Prime Minister Fumio Kishida, with his position strengthened by an election win last month, has vowed to compile a stimulus package “worth several tens of trillion yen” on Nov. 19 to spur the world’s third-largest economy, which is reeling from the coronavirus.

The spending is likely to be financed by some new debt, adding to the industrial world’s heaviest public debt at more than twice the size of Japan’s economy, as Kishida prioritises recovery from the pandemic over fiscal reform.

Analysts were surprised by the bigger-than-expected spending plan.

“The spending is far bigger than the output gap of 22 trillion yen. (Kishida) must be coming under pressure to boost spending ahead of next summer’s upper house election,” said Saisuke Sakai, senior economist at Mizuho Research and Technologies.

Masahiro Ichikawa, chief market strategist at Sumitomo Mitsui DS Asset Management, said despite higher spending, the impact would be limited on markets as the Bank of Japan would keep borrowing costs low under its yield curve control policy.

Surging global crude oil prices, as well as a chip shortage and supply-chain constraints, undermined a trade-reliant economy seen to have shrunk in the third quarter as pandemic curbs and supply bottlenecks hurt consumption and output.

“Steps will focus on sectors such as agriculture, forestry and fisheries as well as logistics firms, who cannot make a living without using fuel.”

Other measures to be included in the package are steps to ramp up domestic production of semiconductors as well as a 10 trillion yen ($87.5 billion) fund aimed at giving universities more resources to boost science and technological research, the draft showed.

The spending plan will also get a boost from cash payouts to citizens aged 18 or younger, which would cost about 2 trillion yen, and to small firms hit hard by the pandemic, to total some 3 trillion yen, the Nikkei reported. It includes resumption of tourism promotion to stimulate demand after the pandemic.