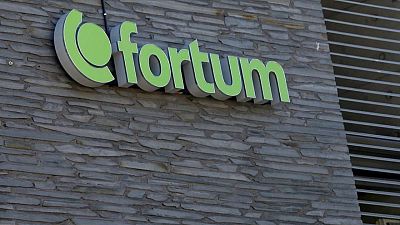 Fortum’s comparable operating profit rose to 260 million euros ($298 million) from a loss of 179 million a year ago, beating the 203 million expected by analysts in a company-provided poll.

Nordic power prices are highly volatile and the high level of hedging applied by the company’s key Generation business, which sells a large portion of its electricity output on forward contracts, acted as a constraint on profits.

While spot prices surged, Generation’s achieved third-quarter power price rose only 18%, offset by the hedging designed to lock in predictable revenues for the months ahead.

For the remainder of the year, the Generation unit has sold around 75% of its output at 34 euros per megawatt hour, only around half the current market level of Nordic front-quarter baseload power.

For 2022, Generation increased its hedging level to 65% from 60% previously, with the price of its contracts averaging 32 euros per megawatt hour, while Nordic front-year power contracts currently trade at close to 40 euros.

“The outlook is slightly weaker in terms of hedging, I would have expected Generation’s hedge prices to be raised a bit more,” Inderes analyst Juha Kinnunen said, adding that he sees the market remaining favourable for Fortum in the last three months of the year.

Fortum’s German subsidiary Uniper a week ago swung to a comparable third-quarter operating profit of 9 million euros from a loss of 310 million last year. The result was hit though by 6.1 billion euros in negative fair value changes in non-hedge derivatives.

Majority owned by the Finnish government, Fortum last December announced a new strategy, saying it aims to divest its retail businesses and become carbon neutral by 2050.

The deadline prompted several environmental organisations to urge the Finnish government to push for a faster exit from coal.

In April 2020, the world’s largest asset manager Blackrock which owns 0.97% of Fortum voted against the discharge of the board because of the acquisition of coal-heavy Uniper.

During the third-quarter Fortum completed divesting its Baltic district heating business and a 50% stake at Stockholm Exergi.