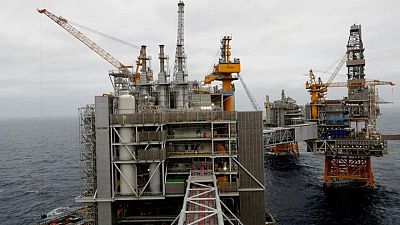 By Shadia Nasralla and Kate Abnett

GLASGOW – A fledgling international alliance to halt new oil and gas drilling added six members on Thursday during the U.N. climate conference, but did not get the support of any major fossil fuel producers or the British government, host of the talks.

The absence of more widespread backing reflects the difficulty of imposing blanket policies to end production of fossil fuels even as countries agree that the emissions from burning them must be greatly reduced.

France, Greenland, Ireland, Sweden, Wales and the Canadian province Quebec joined the Beyond Oil and Gas Alliance, formed by Denmark and Costa Rica in September.

None of the members, which pledge to stop handing out drilling permits and eventually to ban oil and gas production in their territories, has substantial production.

Describing itself as a group of “first movers”, BOGA is seeking to ratchet up pressure to end fossil fuel supply and said it hoped the additions to its alliance would open the door to other nations to join.

“It is our ambition that this will be the beginning of the end of oil and gas,” Danish climate minister Dan Jorgensen told Reuters. “We hope that this will inspire others.”

He told reporters he was “in close dialogue” with Scotland, where the U.N. talks are taking place, and in whose waters most of Britain’s oil and gas is concentrated. Britain’s central government is in charge of oil and gas permits.

BOGA does not ban activities such as oil refining, or consumption of oil and gas products, focusing only on upstream production.

Among the major oil and gas producers conspicuous by their absence were Russia, Saudi Arabia and the United States.

The United States, the world’s biggest oil and gas producer, and has a target to decarbonise its economy by 2050.

Britain has no plans to stop domestic oil and gas production, but is revamping the rules around licensing to reduce emissions associated with upstream production.

“While the UK’s reliance on fossil fuels continues to fall, there will continue to be ongoing but diminishing need for oil and gas over the coming years,” a government spokesperson said.

Many developing countries in Africa, the Middle East and Latin America have said they need the revenue from future oil and gas extraction to lift living standards and pay for their eventual transition to cleaner energy sources.

Greenland, Ireland, France and Denmark have announced legislation to stop handing out new oil and gas licences and the latter two to end extraction of the fuels on their territories by 2040 and 2050, respectively.

New Zealand, which has banned new offshore oil licensing, and the U.S. state of California, which plans to end oil and gas extraction in 2045, joined BOGA as lower-tier members.

Countries can become second-tier BOGA members if they have taken some steps to limit oil and gas output, such as ending public financing of it abroad, or reforming fossil fuel subsidies.

The International Energy Agency has said there should be no investments in new fossil fuel supply projects anywhere, if the world is to limit the global temperature rise to 1.5 degrees Celsius (2.7 Fahrenheit) above pre-industrial levels.

Scientists say keeping to that limit, a target of the international Paris climate deal of 2015, would avoid the worst effects of climate change, but current government climate policies would fall far short the target.

Negotiators at the COP26 summit in Glasgow hope to find ways to keep the 1.5C target within reach.