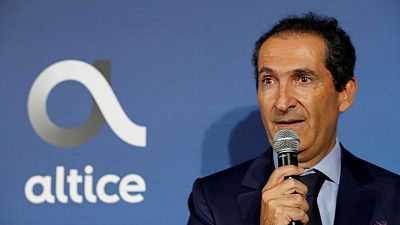 By Pamela Barbaglia and Sergio Goncalves

LONDON -Telecoms tycoon Patrick Drahi is looking to increase his stake in BT Group as he seeks to extend his influence at the British company, betting its fibre-optic rollout will boost value, three sources familiar with the matter told Reuters.

Since the billionaire Altice founder bought a 12.1% stake in BT worth about 2.2 billion pounds ($2.95 billion) on June 10, the British telecom giant’s shares have fallen 15% and are down about 46% over the past five years.

Deutsche Telekom has repeatedly voiced interest in reviewing options for its stake and CEO Tim Hoettges said on Friday he was keeping “all options open” regarding BT.

The three sources, who declined to be named due to the sensitivity of the matter, said any stake-building plan was likely to involve Deutsche Telekom.

Drahi, 58, has backed BT’s plans to build a fibre-optic network serving 25 million homes by the end of 2026.

He will be free to buy more of the British telecoms giant on Dec. 11, having pledged in June he wouldn’t launch a takeover offer for the company – a statement that precluded him from doing so for six months under UK takeover rules.

The sources said a Drahi stake increase in BT could happen in conjunction with a potential Altice exit from Portugal.

A group of private equity funds and infrastructure investors, including European funds EQT and CVC Capital Partners, have come forward for the business but price expectations are seen as a major hurdle, according to the sources who cautioned that a deal was not certain.

An Altice representative said the business in Portugal was not for sale. EQT declined to comment, while CVC was not immediately available to comment.

The three sources familiar with the matter said corporate buyers including Spanish telecoms firms Telefonica and MasMovil have deemed the unit too expensive and won’t submit an offer.

Drahi has set a price tag of about 7 billion euros ($8.01 billion) for the business, valuing it at about eight times its annual core earnings and raising pressure on the bidders who have until Christmas to decide if they want to make firm offers or walk away, the sources said.