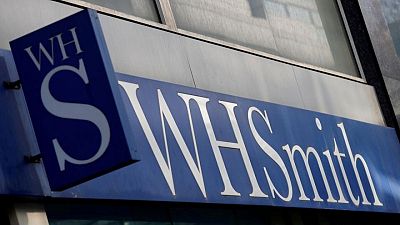 – WH Smith expects sales to be at pre-pandemic levels in its current fiscal year, the retailer said on Thursday as it posted a smaller annual loss thanks to a recovery in North America and Britain’s high streets after COVID-19 curbs.

Like most retailers that have a large physical store count, WH Smith is coming off a turbulent period in which its shops had to be shut for prolonged periods, leading it to cut jobs and raise money to get through the COVID-19 crisis.

The company, whose stores in travel hubs sell books, stationery and other items, said total travel revenue reached 84% of pre-crisis levels last month, prompting it say it was well-positioned to return to a “meaningful profit” in 2022.

Retailers are also facing difficulty in hiring staff as economies coming out of the pandemic are experiencing labour crunch, while supply chains have been strained due to demand and costs going into the crucial holiday season.

Noting the “tough” job market, WH Smith Chief Executive Carl Cowling told Reuters that the company was recruiting 500 more staff for Christmas, adding that they have given a pay rise to lorry drivers amid a crisis in the haulage industry.

“(We) have worked closely with suppliers to prepare and ensure we have sufficient stock, and all the stock for Christmas is already in the UK or being unloaded as we speak. We don’t foresee problems,” Cowling told Reuters via e-mail.

“Across our digital channels over the medium-term we expect to see strong growth, particularly from funkypigeon.com, and we are well-positioned to grow this platform further,” said WH Smith, which currently has 1,540 of its 1,711 stores open around the world.