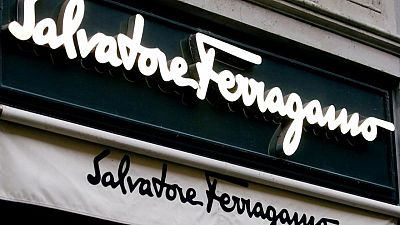 LONDON – European luxury stocks were the top decliners in London, Paris and Milan on Wednesday after data showed China’s factory inflation jumped in October, heightening stagflation concerns in the country, a top buyer of high-end products.

Renewed concerns over the impact of a fresh wave of COVID-19 infections in Asia overshadowed better than expected third-quarter results for Ferragamo, putting its shares on course for their biggest daily drop since June 2020, down 6%.

Shares in Kering, Hermes, Moncler, LVMH, and Burberry fell between 2% and 3%, underperforming the broader European market, with the pan European index flat by 1400 GMT.

Demand for high-end products in China is the main driver for the sector, accounting for a third of European luxury goods makers’ sales in 2019 and 28% in 2020, according to UBS analysts.

The European luxury sector slumped 15% from August to October after China announced plans to redistribute wealth, interrupting a whopping 140% rise from March 2020 to August 2021.

The sector had recovered almost all of its summer loss since October, with analysts saying strong earnings were supporting the shares.

Economic growth in China is set to slow further in the December quarter from one-year lows set in the previous three months.

Goldman Sachs this week cut its forecasts for global luxury industry sales growth in 2022 by more than 33% to 9% and 2023 estimates by almost 40% to 7% amid global economic growth uncertainty.