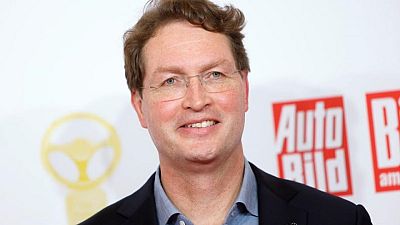 BERLIN -Daimler AG is committed to a COP26 agreement to phase out fossil fuel emitting cars by 2035 in major markets and by 2040 globally, but an all-out ban is not the answer, the company’s top executive said on Wednesday.

A British government statement released on Wednesday said six major automakers were set to sign a paper later in the day committing them to the goal of phasing out internal combustion engine cars (ICEs) in major markets by 2035 and globally by 2040, with Daimler among them.

Asked about the paper at an online summit organised by German newspaper Handelsblatt, CEO Ola Kallenius said: “What it says is we will work towards emission free driving in the main markets by 2035. That’s exactly what we are doing. We should not be talking about bans.”

Daimler has previously said it would produce exclusively all-electric cars by 2030 if market conditions allowed, and make its output carbon neutral by 2039.

The fact that it caters to a luxury customer base means it is easier for the company to transition towards electric vehicles than mass-market producers, Kallenius said.

“We don’t want to be in a situation for too long where we are dividing our resources in two directions,” he said.

“We will be sure that any ICE motors still built into Daimler are competitive, but from 2025 nearly all our money is going into electromobility.”

Recycling was another important component of sustainability alongside reducing carbon emissions, the CEO said, pointing to the company’s plans to build a recycling factory to harness and re-use materials from old cars.

Kallenius also said that major semiconductor makers have told the German premium carmaker the global chip shortage that has hit the auto industry this year will not be resolved until 2023.

“We have many hundreds of chips in a Mercedes – it does not help if you have one, another one is missing,” he said.

The company is completely reorganising its supply chain to ensure it would be better protected from future shocks, the CEO said later in the day at a separate conference by autos publication Automobilwoche in Ludwigsburg, Germany.