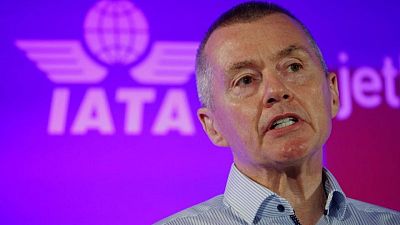 By Alexander Cornwell and Tim Hepher

DOHA -High oil prices could delay efforts by airlines to restore balance sheets weakened by the pandemic, but the lifeline of bookings made well in advance is picking up as markets reopen.

Crude prices have risen 66% so far this year as economies exit lockdown and supplies remain tight.

“I think it’s going to be tougher, but I don’t see that airlines can avoid that. They will have to strengthen their balance sheets,” Willie Walsh, director general of the International Air Transport Association (IATA), told Reuters.

“For some airlines it will take time, and a higher oil price probably does slow down the recovery period,” he said.

Airlines are grappling with $651 billion in debt, up $220 billion since the COVID-19 crisis began, according to IATA, which represents almost 300 carriers.

Labour shortages are also a concern and represent a real risk for the first time in decades, Walsh added.

Gaps range from pilots to ramp workers, he said, adding one airline had been forced to increase hourly pay by more than 50%.

On the positive side, forward bookings are increasing and stretch up to a year ahead as travel restrictions are lifted. That marks a respite for airlines recently forced to rely on last-minute bookings as travellers waited for new COVID rules.

“It hasn’t returned to the same pattern, but people are now confident in saying ‘I am going to start booking for next summer and beyond’,” Walsh said in an interview.

Bookings snapped back on the crucial transatlantic market when the United States announced the lifting of COVID-related travel restrictions, which led to a reopening from Monday.

“It is very clear that when restrictions are removed or relaxed, there is an immediate response – and it is immediate: the transatlantic spike was almost to the second,” Walsh said.

Walsh, a veteran of the world’s biggest international travel market as the former boss of British Airways and its parent IAG, said the bounce-back in U.S.-bound transatlantic travel would prompt carriers to offer significant extra seats.

But he played down the risk of the airline industry lurching into an economically damaging Atlantic capacity war.

“I don’t think they will suffer economically because what you have seen is fantastic demand,” Walsh said, adding demand had proved robust between 2011 and its 2019 pre-crisis peak.

“I expect when we look back on this period we will see a very significant uptick in travel across the Atlantic from Europe,” he added.

Still, airlines worldwide must cope with the costs of bringing planes out of storage or accepting new ones and in some cases hiring to be able to take advantage of the rebound, making the start of the recovery a risky time for the industry.

“For many the risk is still ahead,” Walsh said.