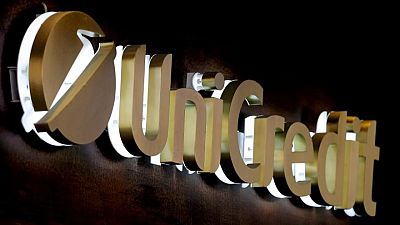 – Italy’s UniCredit will sell its remaining 20% stake in Yapi Kredi Bank by the end of March 2022, completing its exit from Turkey’s third biggest lender which it first started two years ago.

Under the terms of the deal, Turkey’s Koc Holding will buy an 18% stake in Yapi Kredi for 300 million euros ($347 million), Italy’s second-biggest bank said in a statement late on Monday. The remaining 2% will be sold on the market.

The transaction will have a low-mid single digit positive impact on UniCredit’s best quality capital, a key measure of financial strength, it said.

At the same time, the bank will book a non-cash hit of 1.6 billion euros to its fourth-quarter earnings due to currency reserves linked to the stake.

The accounting charge has no impact on UniCredit’s capital and it does not affect its underlying net profit, a measure of profit stripped of one-off items which the bank uses for its capital distribution policy.

“The deal is coherent with the group’s strategy of exiting areas with low capital returns, high earnings volatility and no active control,” BofA analyst Alberto Cordara said in a note confirming a “buy” rating on the stock.

The share sale is slated for the first quarter of 2022.

Koc Holding and UniCredit agreed in 2019 to unwind the joint venture through which they jointly controlled Yapi with a near 82% overall stake.