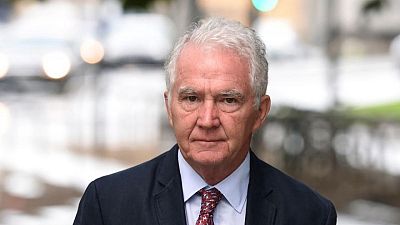 DUBLIN – Former Anglo Irish Bank Chairman Sean FitzPatrick, who oversaw the lender’s rise and its specular collapse in the wake of Ireland’s 2008 banking crisis, has died following a short illness, a spokesman for his family said on Tuesday.

Anglo Irish, which was nationalised in 2009 and wound down in 2011, became synonymous with the casino-style lending practices that drove the “Celtic Tiger” boom and subsequent bust, pushing the state to the brink of meltdown in 2010.

As chief executive from 1986 to 2005, FitzPatrick oversaw the bank’s transformation from a small niche lender to the third largest bank in the country.

It concentrated its business on Irish property developers, many of whom gave personal guarantees as security on huge loans. Many clients went bust and in 2010 the bank recorded a loss of 17.7 billion euros, the biggest in Irish corporate history.

Ireland’s taxpayers stumped up 64 billion euros – almost 40% of annual economic output – to bail out the country’s banks, with around half of that going to Anglo Irish. The government was then forced to accept a three-year international bailout in 2010.

FitzPatrick’s chief executive David Drumm was found guilty in 2018 of conspiring to defraud depositors and investors and false accounting, in the most high profile conviction arising from the banking meltdown. Two other Anglo Irish executives were jailed in 2016.

FitzPatrick in 2014 was found not guilty charges of illegal lending and providing unlawful assistance to investors.

In 2017 he was acquitted on charges of misleading auditors about personal loans worth tens of millions of euros after the judge ruled that the investigation was not sufficiently impartial and unbiased.

FitzPatrick, who was 73, died on Monday following a cardiac arrest, a spokesman for the family told Reuters.