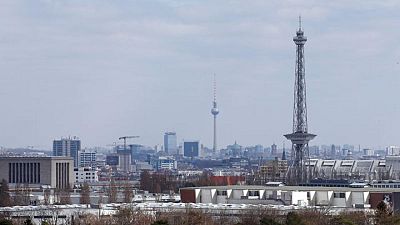 BERLIN – Economic advisers to the German government cut their growth forecast for Europe’s biggest economy for next year on Wednesday, creating a policy headache for the three parties that are in talks on forming Germany’s new government.

The advisers, whose forecasts guide the German government in setting fiscal policy, cut their 2021 growth outlook to 2.7%, down from the 3.1% they expected in March, but raised their outlook for next year by six percentage points to 4.6%.

The darkening mood blamed by the advisers on supply-chain bottle necks and inflationary pressure afflicting the global economy is likely to create additional problems for the would-be coalition parties in carrying out promises of transformational investments into greening the economy and a return to strict debt limits from 2023 without raising taxes.

The federal audit office had warned earlier on Wednesday that federal government finances were in a critical state after two years of pandemic-related spending, and said the next government must consolidate them.

Olaf Scholz’s Social Democrats, who will lead the government if talks are successful, and the Greens are more relaxed about government spending, but for the business-friendly Free Democrats, fiscal discipline is central to their pitch.

The advisers also said in their report that they expected the current inflationary spurt to continue well into 2022.

The government is due to respond to the advisers’ report in early 2022. The coalition parties aim to have reached agreement by Christmas, three months after Germany’s federal election.