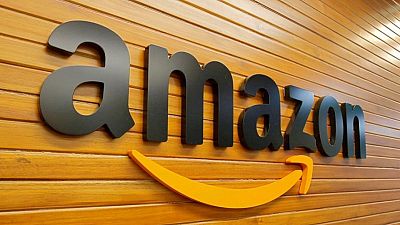 BRUSSELS – Amazon is seeking to settle two EU antitrust investigations to stave off potential hefty fines and orders to change its business practices, people familiar with the matter said.

The European Commission in November last year charged the world’s biggest online retailer with using its size, power and data to push its own products and gain an unfair advantage over rival merchants that sell on its online platform.

It also opened an investigation into Amazon’s possible preferential treatment of its own retail offers and those of marketplace sellers that use its logistics and delivery services.

Amazon is engaged in preliminary discussions with the EU competition enforcer and has offered concessions to address their concerns, the people said.

Settlement talks can take months to wrap up, with no guarantee that both sides will reach an agreement.

Amazon, however, may find a receptive ear in EU antitrust chief Margrethe Vestager compared to Alphabet unit Google, which tried but failed to settle with her.

Vestager, who has taken a tough line with Apple and Facebook as well, has cited Amazon’s willingness in 2017 to offer concessions to settle an investigation into its distribution deals with e-book publishers in Europe, which she subsequently accepted.

An offer to settle gives a company an opportunity to take the edge off regulatory demands for changes to business practices seen as anti-competitive.

The Commission, which can fine companies up to 10% of their global turnover, declined to comment. Based on last year’s revenue, that could total around $38.6 billion for Amazon.

Amazon is also under fire in India after thousands of pages of internal Amazon documents examined by Reuters show it ran a systematic campaign of creating knockoffs and manipulating search results to boost its own product lines in India.

It also faces a Washington D.C. antitrust lawsuit over its agreements with wholesalers as well as third-party sellers.