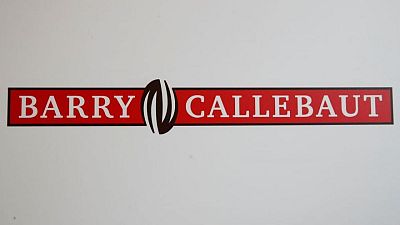 ZURICH – Swiss chocolate maker Barry Callebaut confirmed its mid-term targets and raised its dividend on Wednesday after a recovery in its restaurant business in Europe helped profit and volume growth beat forecasts in its 2020/21 financial year.

The global chocolate market has seen sluggish growth recently, but Barry Callebaut is doing better thanks to pandemic-weary customers returning to cafes and bakeries for chocolate cakes while big food groups are still keen to outsource chocolate production to the Zurich-based group.

“As we get out of the pandemic, we’ll see traditional distribution channels come back strongly and that will further help us to grow and accelerate the performance,” Chief Executive Peter Boone, who took over in September, told reporters on a call.

He said the company’s policy of passing on higher raw material costs to customers didn’t mean Barry Callebaut was immune, but offered some protection in the current inflationary environment.

Cocoa bean prices fell in 2020/21 due to a large cocoa bean surplus, but Boone said he expected improving demand to lead to a more balanced situation in the current fiscal year.

The world’s biggest chocolate maker, which recently extended its chocolate supply agreement with Hershey, said its net profit for the year to Aug. 31 rose by 20.4% to 384.5 million Swiss francs ($421.60 million), ahead of a forecast for 378.2 million francs in a Refinitiv poll of analysts.

Its shares, up less than 3% so far this year, were indicated to open 0.9% higher in a lower market.

Former Chief Executive Antoine de Saint-Affrique, now CEO at Danone, was proposed to join its board of directors.