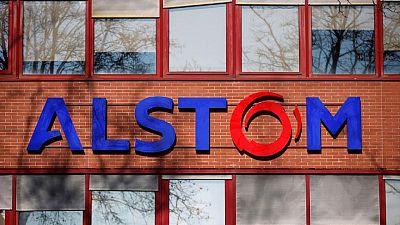 -Alstom’s shares soared on Wednesday after the French train maker reported a softer-than-expected cash hit as it integrates projects inherited as part of its deal with Canada’s Bombardier.

The shares jumped as much as 10% in early trading and were on track for their best performance since March 2020, boosting the company’s market value by more than one billion euros, based on Refinitiv data.

Analysts from Credit Suisse and JP Morgan welcomed Alstom’s the cash outflow as “reassuring” and “better than feared”.

Alstom had finalised its purchase of Bombardier Transportation early this year – a 5.5 billion euro deal that should make the French train maker the second-biggest player in its sector behind China’s CRRC.

But stabilising some legacy projects had caused Alstom to predict “significant” cash outflows for its current financial year.

Alstom reported a negative free cash flow of 1.46 billion euros ($1.69 billion) for April to September 2021, beating consensus forecasts and the negative 1.6-1.9 billion euros it had guided in July.

In a call with analysts, Chief Executive Henri Poupart-Lafarge said the group’s cash had benefited from more downpayments and a ramp-up in production.

Alstom reported “no material impact” from supply chain problems in its first half, but Poupart-Lafarge said that delays could have an impact in the next six months.

The CEO added the integration of the rail business and stabilisation of its projects was “fully on track” and that projects were now being managed at a local level, following a period of central assessments.

The company, which makes trains and signalling systems for urban and regional rail networks, confirmed its forecast that it would begin to generate cash from the second half onwards, as well as its mid-term financial targets.

It reported a 14% increase in half-year sales, adjusting for acquisitions and foreign exchange rates, while its adjusted net profit for the period edged up to 172 million euros.