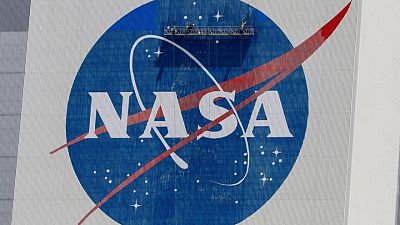 By Dan Whitcomb and Steve Gorman

-NASA is extending its target date for sending astronauts back to the moon to 2025 at the earliest, the U.S. space agency’s chief said on Tuesday, stretching out by at least a year the timeline pronounced under former President Donald Trump.

Trump’s administration had set the aggressive goal of returning humans to the lunar surface by 2024, an initiative named Artemis intended as a stepping stone toward the even-more-ambitious objective of sending astronauts to Mars.

NASA Administrator Bill Nelson cited delays from legal wrangling https://www.reuters.com/technology/us-judge-rejects-blue-origin-challenge-nasas-pick-spacex-moon-lander-2021-11-04 over the SpaceX contract to build the Artemis lunar landing vehicle as a major reason for extending the target date.

The ruling allows the National Aeronautics and Space Administration to resume its collaboration with SpaceX on the lander contract, though Nelson said that Musk’s company had continued development work on its own in the meantime.

Citing additional factors for the new timeline, Nelson said Congress had previously approved too little money for the program and that the Trump administration’s “target of a 2024 human landing was not grounded in technical feasibility.”

NASA had previously aimed to return crewed spacecraft to the lunar surface by 2028, after putting a “Gateway” space station into orbit around the moon by 2024.

But the Trump administration, in a surprise 2019 pronouncement from then-Vice President Mike Pence, set a deadline https://www.reuters.com/article/us-space-exploration-moon/trump-administration-calls-for-putting-americans-back-on-moon-by-2024-idUSKCN1R72NW for putting Americans back on the moon within five years “by any means necessary.”

At the time, Pence said the United States was in a new “space race,” borrowing vocabulary from the 1960s Cold War era, to counter the potential space weaponry capabilities of Russia and China.

Nelson said China’s space program, which has included robotic exploration https://www.reuters.com/article/space-exploration-china-moon/china-calls-launch-a-success-as-robotic-spacecraft-heads-to-moon-idUSKBN2831C5 of the lunar surface and Mars, remains an impetus for the Artemis project.

“We’re going to be as aggressive as we can be in a safe and technically feasible way to beat out competitors with boots on the moon,” he said.

Since 2020, NASA has launched three astronaut crews aboard SpaceX rocketships to the International Space Station, with a fourth such mission expected in orbit as early as this week.

The U.S. Apollo program sent six human missions to the moon from 1969 to 1972, the only crewed spaceflights yet to reach the lunar surface. The Artemis program, named for the twin sister of Apollo and goddess of the hunt and moon in Greek mythology, is aimed at eventually establishing a long-term human colony on the moon as a precursor to sending astronauts to Mars.

Under the latest frame outlined by Nelson, the very first Artemis mission, an uncrewed test flight of the Orion capsule and the new heavy-lift Space Launch System (SLS) rocket that will send it aloft, is targeted for liftoff in February 2022.

The first crewed flight of the SLS-Orion spacecraft would come no later than May 2024, a mission that would take astronauts some 40,000 miles beyond the moon – farther than humans have ever flown – and return them to Earth, Nelson said.

He said the initial human Artemis landing, now expected no sooner than 2025, would also be preceded at some unspecified date by an uncrewed landing. NASA has said the first Artemis crewed moon landing will include at least one woman, with a person of color on either that mission or the next. Both would be firsts.