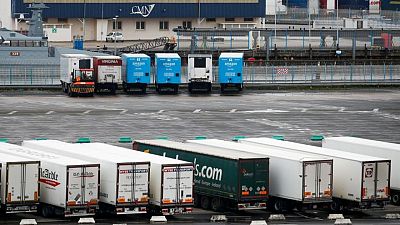 LONDON – Britain’s economy risked stagnation over the coming years due to persistent supply-chain bottlenecks, the National Institute of Economic and Social Research (NIESR), a think tank, warned on Tuesday.

It also said inflation would reach around 5% next year and could stay high for longer than the Bank of England thinks.

Reduced European Union immigration and lower business investment than would otherwise have been the case without Brexit would also act as headwinds to growth and productivity, forecasts showed.

In the short term, the economy was unlikely to be helped by a reduction in households’ caution about spending the savings they built up in the pandemic.

NIESR‘s forecasts paint a broadly similar picture to those from the Bank of England, although it expects inflation to be slower to fall than the BoE does.

“The Bank of England (is) hoping – unreasonably we believe – that inflation will go away of its own accord quite quickly,” said NIESR‘s deputy director, Paul Mortimer-Lee.

Businesses’ desire to rebuild profit margins, as well as higher energy prices and supply chain pressures, would push inflation to around 5% in the second quarter of next year.

NIESR said it expected the BoE to raise its main interest rate to 0.5% in the second quarter of 2022.