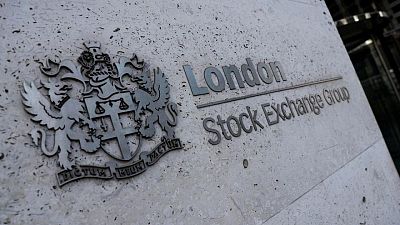 Banks have come under pressure recently after the Bank of England kept interest rates unchanged last week, wrong-footing investors who were convinced it was about to become the first of the major central banks to raise rates, and banks that were expecting a rise in borrowing costs to boost their profitability.

On the bright side, AB Foods jumped 8.1% to the top of the blue-chip index after it forecast a significant increase in sales and profit at its Primark fashion chain in the new financial year and announced a special dividend.

“When restrictions ended, you had long queues for Primark just demonstrating how clever and how well loved the brand is,” said Danni Hewson, analyst at AJ Bell.

“AB Foods looks well positioned because they have such a diverse business empire, which has managed to hold up Primark when it was in a tricky phase during the pandemic.”

Meanwhile, miners including BHP Group, Anglo American and Glencore were down between 1.3% and 1.4% and among the top drags on the blue-chip index.

Homebuilders slipped 1.6% after Persimmon and Vistry Group Plc highlighted supply chain problems and said they expected building costs to rise, while also emphasising strong housing demand to back their outlook.