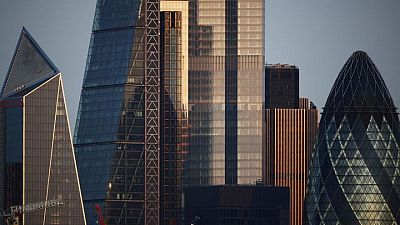 LONDON -Financial regulators should have a formal remit to “facilitate” the global competitiveness of London after Brexit when writing rules, the British government proposed on Tuesday despite Bank of England opposition.

BoE officials have repeatedly warned against a formal competitiveness remit which could raise expectations of a return to the ‘light touch’ regulation discredited during the financial crisis.

Britain’s financial services minister John Glen said on Tuesday he wanted to take advantage of “new freedoms” after leaving the European Union to “renew the UK’s position as the world’s pre-eminent financial centre”.

“The government intends to provide for a greater focus on growth and international competitiveness through the introduction of new secondary objectives for the Prudential Regulation Authority and the Financial Conduct Authority,” the finance ministry said in proposals put out to public consultation.

“The government will also require both regulators to report on their performance against their growth and competitiveness objective on an annual basis.”

TheCityUK, the lobby which promotes Britain’s financial sector abroad, welcomed the proposals which mirror much of what it has been calling for.

The BoE said it welcomed the ministry’s plans to delegate more responsibility for rules to independent regulators, but declined to comment on the competitiveness remit.

BoE Deputy Governor and Prudential Regulation Authority head Sam Woods said last year that people should not confuse competitiveness as code for a “weaker referee”, which would not deliver a good outcome.

The finance ministry said countries like Singapore, Australia, Switzerland, Japan and Hong Kong have growth or competitiveness objectives which would not interfere with the main objective of UK regulators to keep financial firms and markets safe.

The ministry is under pressure to act after London lost billions of euros in daily stock and derivatives trading to exchanges like Euronext in the EU following its exit from the EU early last year.