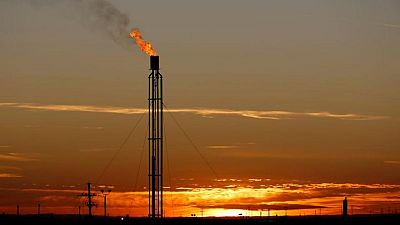 – Demand for liquefied natural gas (LNG) has never been higher, but developers in North America are headed into the final weeks of the year without having approved one new project yet.

Global natural gas prices are near record highs, as utilities in Europe and Asia compete for whatever LNG cargoes they can get before winter. LNG demand worldwide has increased every year since 2012 and soared by 40% in the last five as utilities substitute gas for dirtier-burning coal, but supply has not kept up with demand – and won’t for several years.

The market’s growth spurred rapid development of liquefaction terminals in big exporters including the United States, slated to become the largest LNG producer by capacity next year.

However, spending on new projects halted in 2020, as low prices from coronavirus-induced demand destruction caused buyers to back away from signing long-term supply contracts.

At the start of 2020 and again in 2021, roughly a dozen firms signaled plans for final investment decisions (FID) on proposed projects. But just one, Sempra Energy’s Costa Azul in Mexico, started construction in 2020, while numerous others have been pushed into 2022.

“We’re setting up for a structural shortage of LNG capacity,” said Reid Morrison, global energy advisory leader at PwC in Houston. “There is reticence to taking a long-term position in natural gas given the net zero commitments that different governments are making.”

Several North American projects could go forward in 2022, mostly in Texas and Louisiana, when the International Gas Union estimates world demand will reach about 375 million tonnes per annum (MTPA) from 356.1 MTPA in 2020.

But those projects will do little to meet growing demand in the short term since it takes about three to five years for a new project to produce LNG.

“This tight market could extend well through 2025,” said Anatol Feygin, chief commercial officer at U.S. LNG producer Cheniere Energy Inc. The market is “calling for new capacity to be added,” he said.

There are two projects that could get the go-ahead later this year: Pacific Energy Corp Ltd’s Woodfibre in British Columbia and Venture Global LNG‘s Plaquemines in Louisiana.

Plaquemines would produce up to 20 MTPA of LNG, or 2.6 billion cubic feet per day (bcfd) of natural gas. One billion cubic feet is enough for about five million homes for a day. It is expected to be ready to produce its first LNG as soon as 2024.

Venture Global declined to comment. On its website, the company said it planned to make a decision on Plaquemines in the fourth quarter of 2021.

Venture Global has about 70 MTPA of LNG export capacity under construction or in development in Louisiana, including the 10-MTPA Calcasieu in Louisiana, which will likely start producing this year.

Pacific Oil and Gas’ Woodfibre would produce about 2.1 MTPA of LNG, but not until 2025, analysts estimate. The company has not made a final decision on construction, even though it recently agreed to sell 1.5 MTPA of LNG to British oil major BP PLC over 15 years.

“We are continuing to finalize our construction contract and are optimistic to be moving the project forward this year,” Woodfibre LNG spokesperson Rebecca Scott told Reuters.