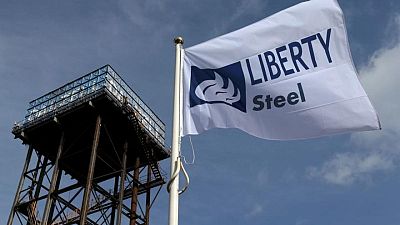 LONDON -Commodities tycoon Sanjeev Gupta has failed to ensure proper corporate governance and transparency for his family-owned conglomerate, which threatens the future of its British unit Liberty Steel, British lawmakers said in a report.

Gupta’s GFG Alliance has been struggling to arrange refinancing of its global web of operations, including British steel sites, after the collapse in March of its main lender, Greensill Capital.

“A number of audit and corporate governance red flags became clear during this inquiry,” said the report published on Friday.

They said control was centralised with Gupta and “members of staff within his businesses are prevented from performing their roles and duties adequately”.

GFG said in a statement that it has already implemented a range of measures to deal with matters raised in the report.

“Since 2019 the group has been on a journey to improve governance and transparency,” it added.

Gupta had been lauded as the saviour of steel in Britain as he bought distressed assets in economically deprived areas. His group has 35,000 workers, including about 5,000 in Britain, and annual revenues of $20 billion.

The lawmakers also said GFG and Liberty had failed to publish financial accounts despite repeated promises to do so. “We are not satisfied that Sanjeev Gupta is adequately addressing the many fundamental issues and … this poses a threat to the long-term prospects of Liberty Steel UK,” they said.

In mid-May, Britain launched an investigation into suspected fraud and money laundering at the GFG Alliance.

The report by lawmakers said the future of the British steel sector was uncertain because producers faced some of the highest energy prices in Europe even before a current power crisis.

“We recommend that the government take action to reduce this disparity” it said.

The government did not mention Gupta in a statement, but said it would carefully consider the report’s recommendations.

“We are determined to secure a competitive future for the UK steel industry and in recent years have provided it with extensive support, including more than £600 million to help with the costs of energy and to protect jobs.”

Liberty said last month it had restarted production at a British plant, running overnight when energy costs were cheaper.