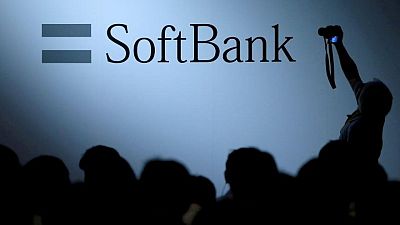 TOKYO -SoftBank Group Corp slumped to a quarterly loss on Monday, as its Vision Fund unit took a $10 billion hit from a decline in the share price of its portfolio companies and as China’s regulatory crackdown on tech firms weighed.

Even as the value of its assets slide, the Japanese tech conglomerate said its stock is undervalued and will spend up to 1 trillion yen ($9 billion) buying back nearly 15% of its shares.

While CEO Masayoshi Son has likened SoftBank to a goose laying “golden eggs”, Monday’s results underscore the headwinds for the investment business.

“We are in the middle of a blizzard,” Son told a news conference, adding he was “not proud” of the Vision Fund’s performance in the quarter. Yet he said the company was making steady steps to double the numbers of “golden eggs” compared to last year.

The group’s largest asset, Chinese e-commerce firm Alibaba, saw its valuation fall by around a third in the second quarter. Its stake in Chinese ride-hailer Didi, acquired for $12 billion, was valued at $7.5 billion.

Another notable hit was online retailer Coupang, which gave up a third of its value.

Son says the change in the value of the group’s assets rather than profit is the primary measure by which performance should be gauged. Asset values plunged by 23% to $187 billion in the three months to September.

While SoftBank shares trade at around a 50% discount, lower than a record gap that triggered the launch of an eventual 2.5 trillion yen buyback last year, the conglomerate has the capital to do repurchases now, Son said.

“I am excited because we are discounted compared to our true strength,” Son said.

Investors have been calling for a buyback to enhance returns. Repurchased shares will be retired, a move that lowers the bar for Son, SoftBank’s top shareholder, to potentially launch a management buyout.

“The buyback gives them a crude lever to influence the discount the shares trade at,” said Boodry, adding that the more gradual pace may reduce share price volatility.

SoftBank has been raising capital by trimming stakes in companies such as ride-hailer Uber Technologies and food delivery firm DoorDash following the expiry of lock-up periods.

The group has returned $9.8 billion to investors and is focusing on investing through its second Vision Fund that has $40 billion in committed capital from SoftBank and Son himself.

The second fund had invested $33.5 billion in 157 startups at the end of the quarter. Eight of those firms have already listed.

Son said he lost 150 billion yen through his personal investment in SB Northstar, the group’s trading arm which bet on derivatives and whose activities have been wound down.

The billionaire is also investing his own money in SoftBank’s Latin American funds, the company said.

“It’s tough taking risk on yourself,” said Son, saying he is willing to take a chance as SoftBank’s “captain”.

SoftBank shares, which have lost around a quarter this year, closed down 0.77% at 6,161 yen ahead of earnings on Monday.