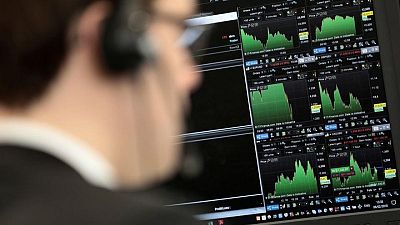 LONDON – Investors further reeled in their bets on Bank of England interest rate hikes on Friday, a day after the British central bank surprised the market by refraining from a widely expected increase in borrowing costs.

Gilt yields fell by between nine and 14 basis points across the maturity range of British government bonds on Friday, with the 10-year yield dropping to 0.840%, its lowest level since Sept. 23 – the date of the previous BoE meeting when it said the case for a rate hike appeared to have strengthened.

Combined with Thursday’s slump, short-dated British government bond yields were on course for their biggest weekly fall since 2009.

The BoE kept rates on hold on Thursday, wrong-footing investors who had been convinced that it was about to become the first of the world’s big central banks to raise borrowing costs amid the COVID-19 pandemic.

“The Bank of England was obviously more dovish than we and the market had expected,” analysts at BofA Securities said in a note published on Friday.

“As we struggle with the new narrative, and shuffle our first expected hike to Feb – although the Dec versus Feb call is a tough one – the overarching message is that regardless of when these hikes come, the market seems to be pricing too many.”

Earlier on Friday BoE Governor Andrew Bailey told the BBC that interest rates would remain low by historical standards. The BoE’s chief economist reiterated Bailey’s message that investors had probably priced in too many rate hikes in 2022.

Interest rate futures show a 70% chance that the BoE will raise the Bank Rate by 15 basis points at its December meeting.

The market was fully pricing in a 15 basis-point increase for the February 2022 meeting and sees a 50% chance that the BoE will raise rates to 0.5% by that point.

The futures pricing also suggested investors were expecting Bank Rate to reach around 1% at the end of next year, compared with about 1.25% before Thursday’s announcement.

A Reuters poll of economists published last month pointed to a first rate hike in February rate as the most likely outcome. [ECILT/GB]