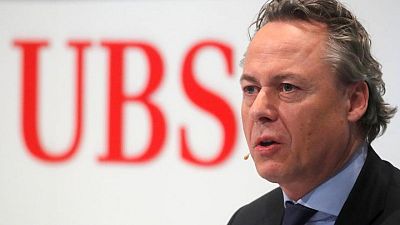 ZURICH -Dozens of top executives at UBS will lose their exalted rank of group managing director in a drive by Chief Executive Ralph Hamers to streamline the Swiss bank’s management.

UBS will do away with all ranks above managing director, reducing the number of hierarchical layers at Switzerland’s largest bank to six from seven, an internal memo seen by Reuters and confirmed by the bank said.

Hamers, a Dutchman who formerly led ING Group, has made simplification and efficiency a hallmark at UBS since last year becoming CEO of the world’s biggest wealth manager.

“To help streamline decision-making and reduce hierarchy, we are simplifying our corporate rank structure,” the memo, titled “Simplicity starts at the top”, said.

A source familiar with the matter said that around 115 people are affected by the move, adding that terms and conditions of their compensation packages will not change.

“The business, functional or regional leadership titles of our most senior leaders as well as their roles and responsibilities remain unchanged,” the memo said.

UBS last week posted its highest quarterly profit since 2015 as robust trading activity by the world’s ultra wealthy led to a 23% surge in fee income.

When reporting third-quarter results, Hamers mentioned the need to organise UBS teams around client needs. He said UBS had cut up to two management layers in parts of its Swiss business.

UBS employees raked in higher bonuses in 2020, as bumper profits during the COVID-19 pandemic saw group-wide bonuses rise by 24% to $3.3 billion during the year.

Executives collected total compensation of 115.9 million Swiss francs in 2020, up from 102.1 million francs for the year before the pandemic, the Swiss bank’s annual report showed.