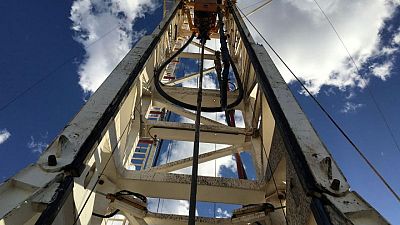 By Jessica Resnick-Ault and Shariq Khan

Worldwide oil demand rebounded faster than expected in 2021, boosting prices to more than $80 a barrel. Output has also bounced back in the Permian, the pillar of U.S. oil production, based in Texas and New Mexico, where buyers are paying for land at lofty values not seen in three years.

The flurry of purchases kicked into high gear with big sales from Royal Dutch Shell, which sold its Permian assets https://www.reuters.com/business/shell-nears-deal-sell-texas-shale-assets-conocophillips-95-bln-wsj-2021-09-20 for $9.5 billion in September, and followed with this week’s land sale by Pioneer Natural Resources https://www.reuters.com/business/energy/exclusive-continental-resources-nears-deal-pioneer-natural-acreage-sources-2021-11-03 to Continental Resources for $3.25 billion.

The rally in oil prices has encouraged public shale producers to cash in on unwanted assets rather than ramp up drilling, instead focusing on reducing debt or boosting shareholder returns.

Oil production in the Permian was forecast to be 4.89 million barrels per day (bpd) in November, just below its record of 4.91 million bpd hit before the coronavirus pandemic crushed demand and prices, according to the U.S. Energy Information Administration.

Private operators have been a driving force for the rebound in output, while public operators remain less inclined to drill.

Royal Dutch Shell decided to sell its assets in the Delaware Basin portion of the Permian in September as it faces pressure to cut greenhouse gas emissions following a recent Dutch court ruling.

Pioneer’s $3.25 billion sale to Continental surpasses that, working out to $59,091 a barrel, the highest price paid in the Delaware Basin since 2018. Earlier this year, the land for sale was valued at roughly $2 billion, two people familiar with the transaction said.

Those sales have encouraged other producers in the region to either launch new sales or seek stronger valuations from prospective buyers for assets on the block, sources familiar with the matter told Reuters.

Companies have focused on assets in the Delaware section of the Permian Basin, Blankenship said, adding that activity has been less robust in the Midland portion of the basin, where costs can be higher as companies need to drill deeper to extract crude.

The Delaware region has also had less consolidation, leaving more smaller parcels for buyers to scoop up, analysts said.

The Delaware Basin accounts for about $6 to $9 billion of the total Permian assets up for sale, Raina said.

Public producers Chevron Corp https://www.reuters.com/business/energy/chevron-sell-some-permian-assets-valued-more-than-1-bln-sources-2021-06-30 and Centennial Resource Development Inc https://www.reuters.com/business/energy/us-shale-producer-centennial-launches-texas-land-sale-2021-09-24 and privately owned Ascent Energy LLC have been trying to offload assets in the region, according to marketing documents seen by Reuters.

Other sellers could include Matador Resources and privately-held Colgate Energy, according to people familiar with the talks. Occidental Petroleum is looking to sell land in the New Mexico portion of the Delaware Basin, according to a marketing document seen by Reuters.

Colgate, Matador, Ascent and Occidental did not respond to requests for comment.