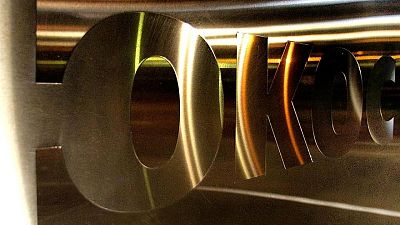 Yukos collapsed in 2006 after oil tycoon Mikhail Khodorkovsky fell out with Russian leader Vladimir Putin and the government began demanding billions of dollars in alleged back taxes that ultimately resulted in it being seized by the state.

Exiled billionaire Khodorkovsky spent 10 years in prison after being convicted of tax evasion and fraud, charges he denied, and now lives in London. He is not a party to the case.

It marked the second time that Dutch judges set aside the award after The Hague District Court dismissed it in 2016, only to see it reimposed on appeal.

Referring the case back to a lower court in the Netherlands will likely bring years of additional litigation in the case involving the largest known arbitration award on record.

Most Yukos assets were absorbed by Russian oil producer Rosneft and former Yukos shareholders, including Khodorkovsky’s business partner and former Yukos executive Leonid Nevzlin, brought a case to recover their assets to the Hague-based Permanent Court of Arbitration (PCA), from where it has proceeded through the Dutch legal system.

“Today the Supreme Court quashed the appeal court’s final judgment as well as the court’s preceding judgment,” a statement from the court said, after it referred the case back to the Amsterdam Court of Appeal.

The Supreme Court judges accepted one of Russia’s grounds of appeal.

“The Russian Federation’s argument that the shareholders have committed fraud in the arbitral proceedings has been wrongly dismissed by the Court of Appeal on procedural grounds and should have been judged with respect to content,” it found. “Therefore the judgements of the Court of Appeal cannot be upheld.”

It rejected Russia’s other grounds for appeal, including complaints that the court did not have jurisdiction. The judgment on that issue was final, it said.

The Prosecutor General’s Office of the Russian Federation said that while the decision “upholds the principles of the rule of law and the independence of the justice system” it regretted that the Supreme Court didn’t order “a complete abolition of arbitral decisions at this stage.”

The next stage of litigation will run up to 2023, the office said in a statement.

Legal proceedings seeking to enforce the arbitration award had been lodged in the Netherlands, Britain and the United States by subsidiaries of the shareholder group GML which held around 70% of the shares in Yukos.

Khodorkovsky transferred his own Yukos stake in 2005 to Nevzlin, based in Israel, who is leading GML and stands to be the main beneficiary of any compensation.

GML said in a statement it had won substantive grounds of appeal and it was “confident that the Court of Appeal in Amsterdam will dismiss the baseless allegations raised by the Russian Federation, and the arbitral awards will be upheld.”