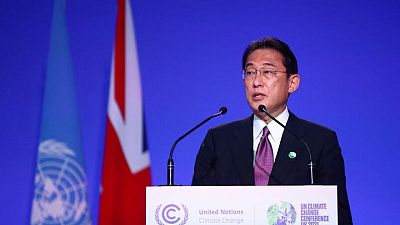 TOKYO -Japan will spend roughly 2 trillion yen ($18 billion) on cash payments to households with children under the age of 18 as part of an economic stimulus plan aimed at blunting the impact of the COVID-19 pandemic, the Yomiuri newspaper reported on Friday.

Under the plan, households with be entitled to receive 100,000 yen per child regardless of household income around spring next year, the paper said without citing sources.

The government will tap its reserves in state coffers to fund the cash payouts, the paper said, suggesting the plan will not lead to a huge issuance of government debt.

New Prime Minister Fumio Kishida’s administration is also considering offering cash payouts to low-income households and temporary workers, the paper said, adding that details were being worked out by the ruling party.

“Compared with the previous blanket payout covering all households, more of the money could be funnelled into consumer spending this time because it targets those in need of cash,” said Masato Koike, senior economist at Dai-ichi Life Research Institute.

Kishida has promised to compile a large-scale stimulus package this month and the government is aiming for it to be passed by parliament by the end of this year. Kishida has, however, offered few clues on potential size of the spending and the amount of additional debt issuance.

“The prime minister has repeatedly said the administration is ready to offer payouts to those suffering from the pandemic. Discussions will proceed based on this understanding,” Economy Minister Daishiro Yamagiwa told reporters on Friday when asked about Yomiuri’s report.

The idea of offering cash to households with children was a campaign pledge from Komeito, a coalition partner of Kishida’s Liberal Democratic Party, made ahead of the Oct. 31 general election. It differs somewhat from Kishida’s call for targeted payouts to those in most need of help.