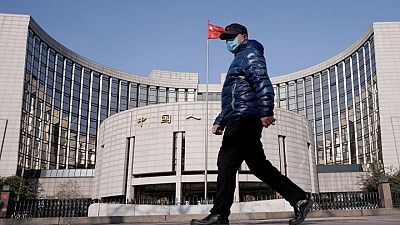 BEIJING – Some Chinese banks have sped up the disbursement of home loans in some cities, a relief to cash-strapped developers anxious to complete sales, but no wave of new credit is being unleashed just yet amid a heavy regulatory push to deleverage the sector.

Authorities do not want genuine buyers to be shut out of the market or developers to face delays in receiving payments due to slow loan disbursements in a market whose health is key to the economy.

Disbursement has also picked up after the People’s Bank of China (PBOC) last month criticised some banks for their “misunderstanding” of its debt-control policies in the property sector.

Some lenders had held back issuance of home loans earlier in the year, concerned about being accused of creating debt bubbles at a time when the state was cracking down on new borrowing by developers that had binged on loans, bankers told Reuters.

A Beijing banker said banks that had not breached the caps on mortgage loan requirements had gained extra quotas to lend to home buyers recently, with regulators supportive of buyers with so-called rigid demand, referring to purchasing or renting by individuals who recently married or were seeking low-cost housing.

A banker in Shanghai said his branch accelerated the hand-out of mortgages in the third quarter. Still, his bank was reminded by authorities that the regulatory stance remained very strict on illegal lending to the sector.

“The mortgage quota hasn’t increased for us but the issuance of mortgage is speeding up,” said another banker in Shanghai.

The slowdown in mortgage approval has partly contributed to the financial stress faced by developers including the embattled China Evergrande Group.

Amid ebbing cash-flows, some developers have failed to finish projects, drawing widespread complaints from home buyers and casting a chill on new purchases.

“The waiting time for getting mortgages is shorter now, about three to four months compared with six months previously,” said a realtor surnamed Liu in Shanghai.

In October, banks granted some 150 billion yuan to 200 billion yuan ($31 billion) more property loans than in September, according to a Thursday report from state-backed media outlet Cailianshe, citing unidentified sources.

Analysts also noted an acceleration in the issue of residential mortgage-backed securities (RMBS) by banks, implying banks are given another capital-raising route as they use up funds to lend to home buyers.

“Issuance resumed after a two-month halt and rose by a significant amount, which we see as a gesture of (regulatory) guidance.”