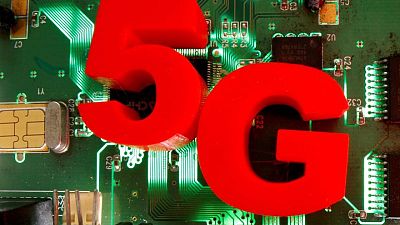 By Gabriel Araujo and Alberto Alerigi

SAOPAULO -Local units of America Movil, Telefonica, Telecom Italia and a number of local firms spent well over a billion dollars on Thursday in order to scoop up valuable spectrum dedicated to fifth-generation (5G) wireless technology in Brazil.

The auction, the largest ever in Latin America’s top economy, will require some 40 billion reais ($7.14 billion) of investments by the winners, the government has predicted.

On the first day of the auction alone, seven companies spent a total of 7.09 billion reais ($1.27 billion) for spectrum rights throughout Brazil.

Claro, owned by Mexican billionaire Carlos Slim’s America Movil SAB de CV, was the biggest spender, paying 1.63 billion reais for several batches, including the B1 batch of 3.5 GHz spectrum, for which it paid 338 million reais, and the 2.3 GHz E3 batch, which it won with a bid of 750 million reais.

Spain’s Telefonica SA, which runs Brazil’s largest wireless carrier under the Vivo brand, spent roughly 967 million reais, winning the B2 batch of 3.5 GHz spectrum with a 420 million reais bid, among several other batches.

TIM SA, a unit of Telecom Italia SpA, scooped up the B3 batch of 3.5 GHz for 351 million reais, along with several other batches, which brought its total payout so far to roughly 976 million reais.

Brazilian internet service provider Brisanet Participacoes SA, which went public in July, won the C4 batch in the 3.5 GHz regional coverage band with a bid of 1.25 billion reais, making it the second biggest spender on Thursday.

The long-awaited auction was delayed by differences over the involvement of China’s Huawei Technologies Co Ltd as a supplier of 5G telecom equipment, which the United States had pressed Brazil’s far-right government to ban on security grounds.

After a compromise aimed at shielding government communications, Brazil moved ahead with the tender of four broadcast bands: 700 MHz, 2.3 GHz, 3.5 GHz and 26 GHz.

Industry groups have long anticipated the chance for Brazil to catch up on 5G technology, allowing greater efficiency and automation in fields from healthcare to agribusiness. However, slow local licensing for new antennas across the country may drag on the rollout of the new wireless coverage.

Brazil’s main wireless firms already use Huawei for more than half of their networks and argued that banning Huawei would add billions of dollars in additional costs that would be passed on to consumers.

Instead, President Jair Bolsonaro’s government decided to build a separate network for itself and all federal agencies, from which Huawei will effectively be excluded. The government stipulated that bidders must comply with the governance rules of publicly listed companies, which Huawei does not.

Brazilian telecom regulator Anatel expects to resume the auction on Friday, when it should offer the 26 GHz bands.