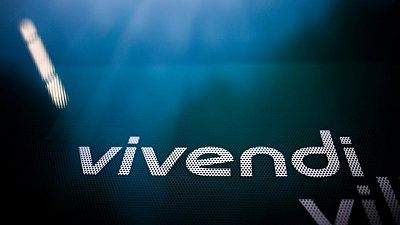 By Elvira Pollina and Giuseppe Fonte

MILAN -A boardroom row at Telecom Italia pitting top investor Vivendi against CEO Luigi Gubitosi is escalating, two sources close to the matter said, raising the prospect of an overhaul of the Italian telecoms group’s assets, including its fixed network.

The French media giant, which owns 23.8% of TIM, contested a plan Gubitosi put forward last week to reorganise the group’s assets, including the fixed infrastructure.

The sources said tensions had grown to a point where mending relations would be hard.

In demanding a change of course, Vivendi wants to act in agreement with Italy’s government, which is TIM‘s second-biggest investor through its state lender Cassa Depositi e Prestiti (CDP), the sources said.

Shares in TIM closed up 4.5% on Thursday, boosted by the possibility of deals involving TIM‘s fixed-line infrastructure.

After initially declining to comment, TIM said in a statement its board had not discussed corporate structures for the network and no decision had been taken. A spokesperson for Vivendi reiterated its long-term support for TIM.

Options for TIM‘s core network assets are key to the company’s future. Such assets are deemed strategic by the government, and Treasury-owned CDP has built a 9.8% stake in the group to oversee them.

A long-held plan to merge TIM‘s fixed-line access network with that of state-backed rival Open Fiber has lost traction under the government of Prime Minister Mario Draghi.

Key government figures, including Innovation Minister Vittorio Colao, have poured cold water on the scheme, which would leave majority ownership of the new entity with TIM – as demanded by Vivendi.

In the past few months, Gubitosi has been trying to persuade Vivendi that handing CDP control of any network combination with Open Fiber was the only way to revamp the plan and overcome political and regulatory resistance to it, the two sources said.

One of the sources did not rule out that Vivendi might reconsider its stance on majority ownership of the network under the right terms.

TIM, whose earnings last week were described as “disappointing” by a source close to Vivendi, is burdened by high debt that hampers investments at a time when Italy is stepping up digital connectivity.

Piling pressure on Gubitosi, Vivendi board’s representatives and other directors last week requested an extraordinary board meeting that will take place on Nov. 11, sources have said.

Gubitosi won a second mandate as TIMCEO in March, with backing from both Vivendi and CDP. Former Bank of Italy official Salvatore Rossi was also reappointed as chairman.

Since then, TIM has cut its outlook twice, hit by the weak performance of its domestic business, which is dogged by ferocious competition, giving the French group leeway in its push for changes.

Asked by Reuters on the sidelines of an event in Rome whether he was aware that Vivendi was challenging CEO Gubitosi’s role, Chairman Rossi declined to comment.

With talks still ongoing, it remains to be seen how Vivendi’s demands will be met, the sources said.