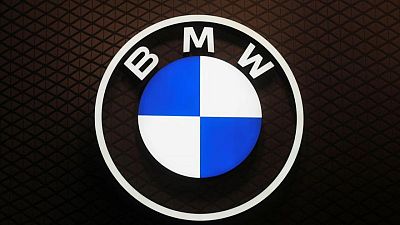 In an earnings call, finance chief Nicolas Peter said the company was confident of topping its target for a 10% margin on pre-tax earnings this year, though the fourth quarter could be slightly dampened by higher tax payments and investment costs.

Looking ahead, the company expects strong EV sales to carry into 2022, Peter said.

“We have always had good oversight over our supply chain. That is paying off now – right down to the raw materials,” Zipse said.

NO CHIPS, NO PROBLEM?

Automakers from Volkswagen to Stellantis to Renault saw dampened third quarter sales due to scarce chip supply, with consultancy BCG reporting in September it expected a total of 10 million to 11 million fewer cars to be produced worldwide this year because of the shortage.

But luxury producers like BMW and rival Daimler, which were able to raise prices to offset losses, fared better than others, with both companies reporting an EBIT margin of 7.8% in the third quarter, outstripping Volkswagen’s 4.9%.

BMW‘s deliveries fell 12.2% in the third quarter but revenues were still up by 4.5%. EVs in particular saw a significant boost, with sales in the nine months to September almost double last year’s levels at just under 232,000 vehicles.

“A better product mix and good price setting of new vehicles alongside a stable pricing trend of used vehicles strengthened the financial performance of the business,” a company statement said.

Still, Peter said the lack of chips was “by no means a blessing” due to the tens of thousands of cars the company could have sold but could not produce.

The finance chief said earlier this year the company expected to deliver up to 90,000 fewer cars in 2021 because of a lack of chips.

BMW maintained its full-year EBIT margin forecast of 9.5% to 10.5% for its automotive division, adding this goal would be achieved through slightly reducing the number of employees.

“We are on track for our full-year forecast and are looking forward,” Peter said. “We expect that semiconductor supply will be in an issue for us beyond 2021.”