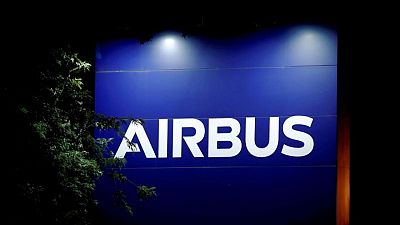 PARIS – Airbus’s new defence chief pointed on Wednesday to more sales of military transporters after deals in Kazakhstan and India and reaffirmed support for a new European fighter.

“I am confident that there will be more good news this year in terms of (transporter) business wins,” Michael Schoellhorn, chief executive of Airbus Defence & Space, told reporters.

In September, India finalised the purchase of 56 C295 transporters, including 40 to be assembled in India.

South Africa cancelled an order in 2009 and a planned order from Chile did not materialise as what was then Europe’s largest defence project plunged into heavy cost overruns and delays.

Schoellhorn, a former German military helicopter pilot who took over Airbus’s second-largest division in July after joining the group as chief operating officer in 2019, pledged to draw lessons from delays and overruns on the A400M for new projects.

“Let’s really learn from that and do it right from the get-go,” he told the AJPAE aerospace media association.

Schoellhorn said Airbus remained fully committed to the Franco-German-Spanish FCAS fighter plane as Airbus and Dassault Aviation work out final details of an industrial agreement, to be followed by a detailed accord with buyers.

“We are optimistic and fully committed to making this work,” he said of the plan to replace Eurofighter and Rafale warplanes.

But he warned the long-delayed Eurodrone project was the last chance for Europe to wean itself off U.S. and Israeli drone technology after a series of false starts in unmanned vehicles.

The plan for a medium-altitude, long-endurance drone for France, Germany, Italy and Spain is technically ready and waiting for countries to sign off, he said.

“In my view it will be the last exit for Europe to really have a competitive and functioning aircraft. If we botch this one more time, I don’t know if we can catch up.”

French President Emmanuel Macron said last week he had agreed with U.S. counterpart Joe Biden to explore ways of improving the so-called ITAR rules, which give Washington a say over other nations’ exports relying on U.S. parts.

He said the future of the spy plane project – which could use Dassault business jets or Airbus A320neo jetliners as a platform – looks “more difficult” after June’s decision by Berlin, which he described as “disappointing”.

However he said he was optimistic of having a “fair chance” at winning a new aerial tanker competition in the United States after losing a stormy multi-year contest for an earlier tranche, but predicted another political battle with Boeing.

Airbus has teamed up with U.S. arms giant Lockheed Martin which would take the lead in the potential U.S. contest.