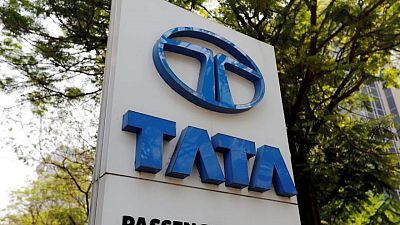 By Chandini Monnappa and Aditi Shah

BENGALURU -India’s Tata Motors Ltd said on Monday it is seeing a waiting period of six months for electric cars and up to two months for most other vehicles due to an acute shortage of chips that pushed the carmaker to post a wider quarterly loss.

The company also said it has an order backlog of 125,000 vehicles at its luxury car unit Jaguar Land Rover (JLR) due to the crisis and is focusing on serving its more profitable markets first.

“We are doing our level best to mitigate it (the waiting time)… but we are dealing with a global crisis on semiconductors and there is only so much we are able to do,” its Chief Financial Officer PB Balaji said during an earnings call.

Tata Motors is the largest seller of electric vehicles (EVs) in India with a 71% market share. EV sales made up 5% of its total car sales in October, and the percentage would be in double-digits once it clears the order backlog, Balaji said.

Besides semiconductor issues, the company expects commodity inflation to continue to impact its near-term performance, though it is seen improving gradually for JLR and for India businesses starting in the second half.

It also projected pre-tax earnings margin and free cash flow at JLR to turn positive in the second half of fiscal 2022, and revised the capital investment target for the unit to 2.3 billion pounds ($3.15 billion) – 2.4 billion pounds from 2.5 billion pounds for the year.

The maker of Jaguar saloons and Range Rover sport-utility vehicles said it will prioritise production of higher margin vehicles “for the available supply of semiconductors,” adding that it does not expect the crunch to change JLR‘s long-term plans.

For the September quarter, the company’s consolidated net loss widened to 44.42 billion rupees($593.02 million) from a loss of 3.14 billion rupees a year earlier.