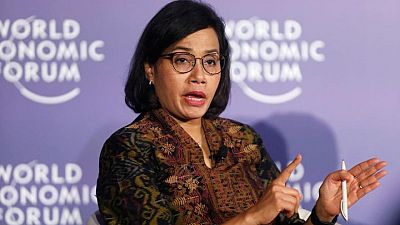 LONDON – Indonesia could phase out coal-fired power plants by 2040 if it gets sufficient financial help from the international community, the finance minister told Reuters.

The Southeast Asian archipelago is the world’s fourth-most populous country and eighth biggest emitter of greenhouse gas, with coal making up about 65% of its energy mix. It is also the world’s biggest coal exporter.

Visiting the Scottish city of Glasgow for the COP26 conference, Sri Mulyani Indrawati said Indonesia would announce on Wednesday detailed plans to move to cleaner energy, with the phase-out of coal being the key issue.

Previously, Indonesia said it planned to phase out coal for electricity by 2056, as part of a plan to reach net zero carbon emissions by 2060 or earlier.

“If we are going to put forward until 2040, then we need to have funding to retire coal earlier and to build the new capacity of renewable energy,” Sri Mulyani said.

“That is exactly what has now become the core issue and I’m now as the finance minister calculating what does it mean to retire coal earlier. How much does it cost us?” she said.

British Prime Minister Boris Johnson last week told the UK parliament Engagements that President Joko Widodo had said Indonesia was going to bring forward the abolition of coal use to 2040.

Indonesia had not previously confirmed such a plan.

Sri Mulyani told Reuters that meeting such a target was conditional on getting financial help from multilateral institutions, the private sector and developed countries.

She said the plans to be announced on Wednesday moved Indonesia’s climate targets beyond “rhetoric” into the technical details and that the Asian Development Bank (ADB) and other financial institutions were “very excited” with their ideas.

The ADB is leading a group of financial institutions to devise plans to speed up the closings of coal-fired power plants in Asia, including in Indonesia, by buying the assets and winding them down.

Jakarta has identified 5.5 gigawatts of coal power plants that could be retired early in the next 8 years, estimating this would cost $25 billion to $30 billion.

Sri Mulyani said the country would also need international support to ensure electricity remains affordable when it switches to renewable sources, citing a temporary calculation of a need for $10 billion to $23 billion in “implicit subsidies” for renewable power projects until 2030.

“If this is all supposed to be financed from my taxpayers’ money, that won’t work. The world is asking us, so now the question is what the world could do to help Indonesia.”

“The president always says, ‘I’m going to be ambitious if the international (community) also aligns with this ambition’,” she added.