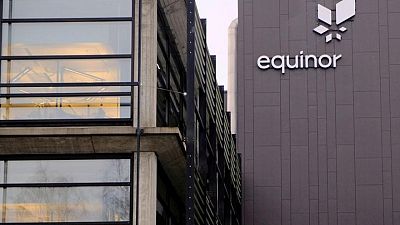 OSLO – Equinor has made an oil discovery estimated to hold up to 62 million barrels of crude off the coast of Norway, the energy major said on Monday.

The discovery, just north of the Tyrihans field and west of the Kristin development in the Norwegian Sea, was the state-controlled firm’s sixth find in domestic waters this year, it said.

Equinor seeks to map out resources close to oil and gas fields that are already in operation, thus speeding up development time and maximising the value of its investments.

“Future value creation will largely come from increased recovery from existing fields, and connection of new discoveries close to existing infrastructure,” Equinor said in a statement.

“Such near-field discoveries are profitable, robust against fluctuations in oil (and) gas prices, they have a short payback period and low emissions,” the company added.

As the pressure mounts on oil companies to shift to low-carbon energy, Equinor has said it will also invest in renewable power. Developing any new fossil fuel, however, runs counter to the goals of U.N. climate talks taking place over the coming two weeks in Glasgow, Scotland.

The International Energy Agency (IEA) has said the world needs to stop investment in new oil and gas by next year.

Preliminary analysis of the well, drilled to 3,883 metres below sea level and dubbed ‘Egyptian Vulture’ by Equinor and its partners, indicated the discovery contained a light-oil quality, well-suited to refiners.

It contained between 3 million and 10 million cubic metres of recoverable oil, corresponding to between 19 million and 62 million barrels, it added.

“The discovery will be evaluated for further appraisal and assessed for tie back to existing fields in the area,” the company said.

Partners in the licence were Longboat Energy, with a 15% stake, and Poland’s PGNiG, which holds 30%. Operator Equinor holds the remaining 55%.