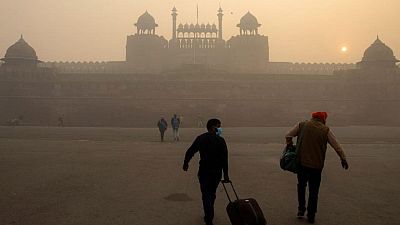 NEWDELHI/GLASGOW – Britain announced on Monday it will fund green investments of more than 3 billion pounds ($4.11 billion) over five years and new guarantees to support clean infrastructure projects in developing economies.

The UK government made the pledge as the United Nations COP26 summit opened in Glasgow, Scotland. The UK also confirmed it will separately provide additional guarantees to the World Bank to fund $1 billion worth of green projects across India, as reported by Reuters earlier.

“The climate has often been a silent victim of economic growth and progress – but the opposite should now be true,” UK Prime Minister Boris Johnson said in the government’s statement.

Johnson also addressed the opening ceremony of the COP26 summit, an event that has been billed as a make-or-break chance to save the planet from the most calamitous effects of climate change.

Britain said it will commit more than 210 million pounds in new investment towards financing electric vehicle manufacturing in India, green bonds in Vietnam and solar power in Burkina Faso, Pakistan, Nepal and Chad.

It will also provide guarantees to the African Development Bank to unlock up to 1.45 billion pounds worth of new financing for Africa.

Delayed by a year because of the COVID-19 pandemic, COP26 aims to keep alive a target of capping global warming at 1.5 degrees Celsius (2.7 Fahrenheit) above pre-industrial levels – the limit scientists say would avoid its most destructive consequences.

Wealthy nations face mounting pressure to deliver on an unmet pledge, made in 2009, to spend $100 billion a year to help finance an adequate response by developing countries to rising global temperatures.

Asia’s third largest economy plans to keep adding renewables to its energy mix and push industries to see the benefit of using cleaner fuels, but has stopped short of committing to a net-zero emission target year.