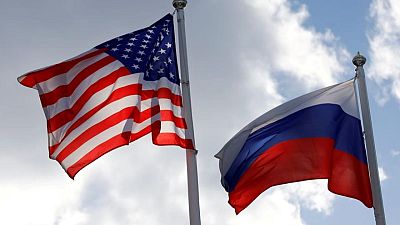 -A Russian national appeared in a U.S. federal court on Thursday after he was extradited from South Korea to Ohio to face charges for his alleged role in a cybercriminal organization, the U.S. Department of Justice said.

Vladimir Dunaev, 38, was a member of a cybercriminal organization that deployed a computer banking trojan and ransomware suite of malware known as “Trickbot”, the Justice Department said.

“Trickbot attacked businesses and victims across the globe and infected millions of computers for theft and ransom, including networks of schools, banks, municipal governments, and companies in the health care, energy, and agriculture sectors,” Deputy Attorney General Lisa Monaco said.

They allegedly used a network of co-conspirators and freelance computer programmers, known as the Trickbot Group, to create, deploy, and manage the Trickbot malware, which infected millions of computer systems worldwide, the DOJ added.

Dunaev allegedly performed a variety of developer functions in support of the Trickbot malware, including managing the malware’s execution, developing browser modifications and helping to conceal the malware from detection by security software.

The defendants used stolen login credentials and other personal information to gain access to online bank accounts, execute unauthorized electronic funds transfers and launder money through U.S. and foreign beneficiary accounts, according to the indictment.

A representative of Dunaev could not immediately be contacted.