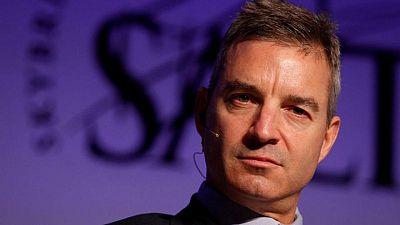 – When investors saw Daniel Loeb’s Third Point LLC unveil a stake in Royal Dutch Shell, some were quick to make the comparison to Exxon Mobil Corp, whose board was challenged this year by another hedge fund, Engine No. 1.

Both oil majors have been under pressure https://www.reuters.com/business/cop/us-congress-puts-big-oil-hot-seat-climate-deception-probe-2021-10-28 to improve financial performance and accelerate their transition away from fossil fuels. Exxon saw three directors unseated when Engine No. 1 won a proxy contest in May.

Yet Third Point plans to follow a different tack, according to people familiar with its plans. It has not put forward any board nominees or threatened the chief executive’s job and there are no immediate plans to do so, the sources said.

Instead, the $19 billion fund outlined its suggestions to Shell in a letter to its own investors, making for a low-key introduction of its hopes for the $190 billion oil company.

Third Point’s founder, billionaire investor Daniel Loeb, wants the Anglo-Dutch company to separate its oil and gas business from its renewable-energy and liquefied-natural-gas operations. His team has had conversations with the company and Shell was given a heads up on Third Point’s announcement, sources familiar with the matter said.

When Shell pushed back on Loeb on Thursday, he did not follow up with a white paper detailing company missteps, as activists often do. He did not unveil a website with videos laying out his case or go on television to discuss the matter.

The strategy echoes the playbook employed at other companies where Third Point pushed for changes, including food company Nestle and entertainment company Walt Disney.

Third Point goes activist on one or maybe two companies a year, largely avoiding the threat of proxy contests in favor of long-term engagement. On Twitter Loeb has been known to send encouraging and complimentary messages to CEOs.

This is a dramatic change for Loeb, whose sharp-tongued letters sent to executives years ago have been memorialized on blogs. Despite today’s less brash public tactics, Third Point and Loeb often make inroads.

Chip maker Intel Corp named a new CEO in January 2021 after Third Point’s investment became public a month earlier. British insurer Prudential Plc said in January that it would spin off its U.S. business, less than a year after Third Point pushed for such a move in early 2020.

A representative said Loeb was not available for an interview and declined to comment on next steps.

Loeb, who pursues a rigorous yoga routine, founded the firm 25 years ago, a lifetime in the hedge fund industry, and came close to going out of business during the financial crisis. He is one of few founders of older hedge funds who is still firmly in charge, several investors said.

Activism is only one of the firm’s strategies, allowing for a longer-term approach, if needed, for results.

This year, Third Point’s roughly 30% gains were largely fueled by its venture-capital investments, and has made money during the pandemic through its structured credit investments.