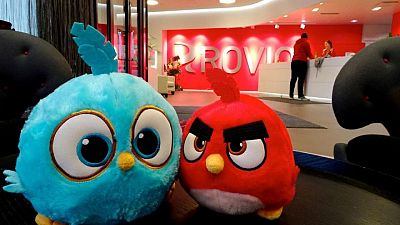 “Our key live games continued to perform strongly in Q3. Angry Birds Friends kept on growing and had its best quarter since Q2-2017,” Chief Executive Officer Alex Pelletier-Normand said in a statement.

Sales in Rovio’s games division, its main source of revenue, rose 6.9% to 68.6 million euros from last year, though they were muted by reduced marketing spending on Small Town Murders, launched last year, and Darkfire Heroes, released in April.

The Finnish company had seen a jump in revenue and player engagement during the stay-at-home period in 2020, but the effects started normalising towards the end of the year.

Its underlying operating profit rose 11.6% to 14.3 million euros ($16.59 million) in the July-September period from a year earlier.

Looking ahead, Pelletier-Normand told analysts that Angry Birds Journey, currently in soft launch, was approaching its global release, while Rovio’s first Moomin game was also scheduled for soft launch before the end of the year.

The company also said it was still targeting growth in the mobile gaming market through new investments and potential acquisitions.

Rovio agreed in August to buy Turkey-based game studio Ruby Games to expand its geographical footprint and to add to its portfolio so-called hyper-casual games – easy-to-play mobile games that generate most of their revenue through ads.

“We are constantly on the lookout and screening the market, as well, to see if we can find a good fit for Rovio,” Chief Financial Officer Rene Lindell said.