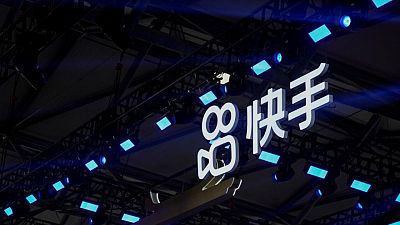 BEIJING – Short-video apps owner Kuaishou said on Friday that its co-founder Su Hua was stepping down as chief executive with immediate effect and would be succeeded by the company’s other founder Cheng Yixiao.

Su’s role as the chairman of the board will remain the same, Kuaishou said in a statement, adding that Cheng will oversee the company’s daily operations and report to Su.

The change is the latest among China’s most well-known tech companies where founders have relinquished their jobs overseeing daily operations amid efforts by Chinese regulators to strengthen their oversight over big corporations.

Last month, JD.com announced its founder Richard Liu would switch his focus to the company’s long-term strategy, creating the new role of president to run the company’s day-to-day operations, although retaining his titles as chief executive and chairman.

In May, ByteDance founder Zhang Yiming announced he would step down as CEO. He will retain his position as chairman.

E-commerce company Pinduoduo founder Huang Zheng stepped down as chairman earlier this year, having earlier relinquished his CEO title. Alibaba founder Jack Ma retired as chairman of the company in 2019.

Su, 39, is estimated by the Hurun China Rich List 2021 to have a net worth of $5.9 billion. In 2013, the former Google and Baidu engineer joined Kuaishou which was launched by Cheng in 2011, to serve as its CEO and Cheng became the chief product officer.

Beijing-based Kuaishou operates Kwai and Snack Video for international markets. In August, it exited the U.S. market by shutting down Zynn, a short-video app that was available in the United States.

The company, backed by China’s social media giant Tencent, also operates the Kuaishou app in China and competes with ByteDance’s Douyin, the Chinese version of TikTok.