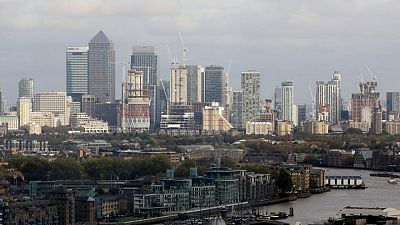 LONDON – Britain confirmed on Friday that a set of global voluntary company disclosure standards on climate-related risks will become mandatory for large UK companies from April 2022.

The business ministry had proposed in March that corporate disclosures should be mandatory, using recommendations from the global Task Force on Climate-related Financial Disclosures (TCFD), set up by the G20 rich countries to coordinate financial rules.

The ministry said on Friday that from April 6, 2022, over 1,300 of the biggest UK-registered companies and financial institutions will be required to apply the 4-year old TCFD recommendations.

It makes Britain the first G20 country to make the TCFD recommendations mandatory, with the announcement coming just before the COP26 U.N. climate conference in Glasgow.

A ‘qualitative scenario analysis’ that explains what a net zero emissions target would mean for a company’s business has also been added, the ministry said.

Billions of pounds are being channelled into investments that tout their green credentials, with regulators worried that investors are being misled due to the lack of common, mandatory disclosure rules.

“These TCFD requirements will not only help tackle greenwashing but also enable investors and businesses to align their long-term strategies with the UK’s net zero commitments,” Britain’s financial services minister John Glen said on Friday.

Take up of TCFD recommendations has been patchy worldwide due to their voluntary nature, prompting governments to back a planned International Sustainability Standards Board (ISSB) that is expected to be unveiled at the COP26 conference.

Officials setting up the ISSB have told Reuters they plan to come out with a first set of ‘baseline’ global standards on climate-related disclosures in mid-2022, which would build on the TCFD recommendations.

Business minister Martin Callanan said this month that Britain aspires to be among the first countries to apply the ISSB standards as several countries, including Britain, vie to host the ISSB.