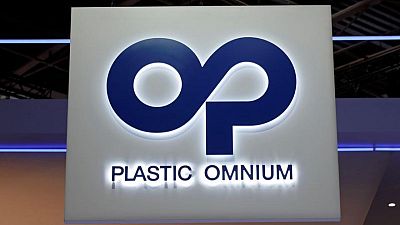 PARIS – Plastic Omnium reported on Wednesday a drop of more than 14% in its third-quarter sales as the French car parts maker reduces costs to blunt the blow of customers’ cuts in output over component shortages.

The chip shortage has seen major carmakers worldwide – still recovering from coronavirus disruptions – cut or even suspend their production, eating into demand for auto parts.

The group, which makes fuel systems, bumpers and tailgates for cars, reported sales of 1.79 billion euros ($2.08 billion), down from 2.10 billion a year ago.

“We are significantly sharpening our focus on cost reduction and cash generation,” Chief Executive Officer Laurent Favre said in a statement, citing an “exceptionally volatile market” due to the ongoing shortages in semiconductor chips.

Volkswagen, Plastic Omnium’s biggest customer in 2020, has so far this year produced the lowest number of cars at its main plant since 1958, a source told Reuters.

Plastic Omnium said it was in talks with suppliers to mitigate the rising costs, exacerbated by the spike in raw material prices.

It added that it had extended part of its hedges against this year’s rising gas and electricity prices until the end of 2023.

The supply-chain issues have hampered the auto industry’s push to recover from pandemic lockdowns and shift towards producing electric vehicles.

But Favre said the company, which supplies hydrogen fuel tanks and emissions control systems, saw sustainability as a competitive advantage and not a constraint.

Plastic Omnium confirmed its financial outlook for 2021, but warned that production in the last three months of the year would hinge on developments in semiconductor chip supplies and the strategies of auto manufacturers.