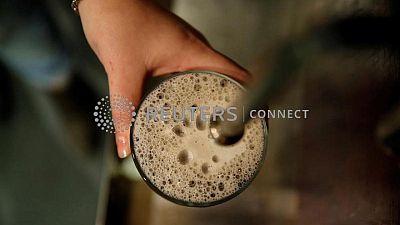 LONDON – British finance minister Rishi Sunak announced what he called the biggest cut in taxes on beer in decades and the most radical simplification of alcohol duties in over a century in a boost to pubs as they struggle to recover from the coronavirus pandemic.

In his budget statement, Sunak said the current system of alcohol taxes, which dates back to 1643, was outdated and too complicated as he outlined a new principle, which will see some stronger drinks become more expensive.

Sunak told parliament that a planned increase in taxes on spirits, wine, cider, and beer will be cancelled from Thursday. The freeze in alcohol taxes and the simplification of duties will lower taxes by between 565 million and 775 million pounds a year.

The cuts will spare voters another hit to their income at a time when inflation is the highest in almost a decade and some people have suffered lower wages as businesses were forced to close last year during the pandemic.

Pubs in Britain have faced some of the strictest restrictions of any industry during the pandemic, including months of mandatory closures, curfews, and a requirement that drinkers only be served if they have ordered a substantial meal.

Shares in pub operators were boosted by the tax changes, with JD Wetherspoon, Mitchells and Butlers and Marston’s all trading up more than 5%.

In a measure he said would help pubs struggling because of the effect of the pandemic, Sunak announced “draught relief”, cutting the tax on drinks served from pumps with the average cost of a pint falling by 3 pence.

Sunak said this would result in the biggest beer tax cut in 50 years and the biggest cut on cider duty since 1923.

The number of alcohol duties rates will be cut from 15 to six as part of the changes.

The new taxes based on the strength of the drink will see duties increase on some higher alcohol products, such as some red wine and white ciders.

However, consumers of some lower-strength products, such as fruit ciders, liqueurs, beers and wines will pay less.