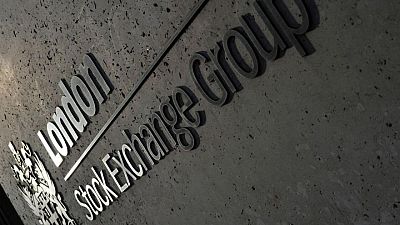 By Rachel Armstrong and Tom Wilson

-London Stock Exchange Group said it was on track to achieve cost savings from the integration of data platform Refinitiv after a steady third quarter, but warned supply chain shortages could impact the timing of its technology spending.

The exchange said pro forma underlying income was 1.78 billion pounds ($2.46 billion) in the three months to the end of September, up from 1.75 billion a year earlier, helped by a rise in stock trading volumes and initial public offerings.

Its data and analytics unit, which houses Refinitiv, posted a 0.3% decline in pro forma income, with a dip in earnings from its Trading & Banking solutions business.

“We are making excellent progress on the integration of Refinitiv and are comfortably on track to achieve 125 million pounds of cost synergies in 2021, ahead of our original phasing,” Chief Executive David Schwimmer said in a statement.

LSEG said it expected year to April income to grow by between 4-5%, but for income in the fourth quarter to not grow as fast as it did in the third quarter on a constant currency basis.

There was no change to previous cost or capital expenditure plans, though supply chain pressures “may impact the timing of some of the technology spend this year”, it said, without giving further detail.

Refinitiv was carved out from Thomson Reuters, parent of Reuters News, in 2018 by a consortium led by Blackstone before being bought by LSEG in a $27 billion deal finalised in January 2021.

With the takeover, Schwimmer is trying to transform LSEG into a one-stop shop for data, trading and analytics, though the costs of absorbing the data provider have worried some investors.

LSEG‘s shares are down around 17% since the start of March, when comments about the cost of the Refinitiv integration spooked some investors.