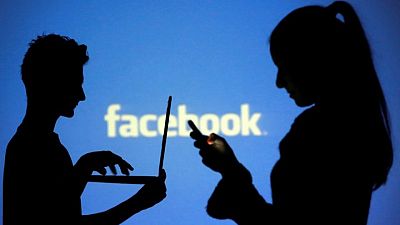 The Competition and Markets Authority (CMA) said Facebook had deliberately failed to comply with its order, and the penalty served as a warning that no company was above the law.

Facebook has increasingly come under fire from regulators and lawmakers about its business practices.

It said it strongly disagreed with the CMA.

The regulator said Facebook had failed to provide full updates about its compliance with requirements to continue to compete with Giphy and not integrate its operations with Giphy’s while its investigation was ongoing.

Facebook had not provided the required information, despite multiple warnings, the CMA said, and it considered its failure to comply deliberate.

“We warned Facebook that its refusal to provide us with important information was a breach of the order but, even after losing its appeal in two separate courts, Facebook continued to disregard its legal obligations,” said Joel Bamford, senior director of mergers at the CMA.

“This should serve as a warning to any company that thinks it is above the law.”

Bamford’s words echo those of U.S. Solicitor of Labor Seema Nanda on Tuesday after Facebook agreed to pay up to $14.25 million to settle civil claims over its adherence to recruitment rules.

A media report on Wednesday said Facebook was planning to rebrand, a change that would likely see a parent company overseeing its brands.

Responding to the CMA fine, Facebook said: “We strongly disagree with the CMA‘s unfair decision to punish Facebook for a best effort compliance approach, which the CMA itself ultimately approved.

“We will review the CMA‘s decision and consider our options.”