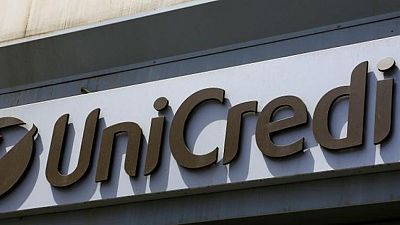 MILAN – Italy’s No. 2 bank UniCredit has invited expressions of interest from investors for its leasing business to gauge market appetite for the unit as it weighs a potential sale, two people close to the matter said.

One of the sources said UniCredit aimed to gather investors’ valuations for the unit and its portfolio of assets, but no decision on the sale had yet been taken and it may not happen.

Based on data by industry association Assilea, UniCredit Leasing ranked sixth in Italy in 2020 with 3,833 new contracts signed for 801.7 million euros ($932 million).

The biggest leasing company in Italy in terms of outstanding contracts, according to Assilea, UniCredit Leasing has a market share of around 7%.

The unit, which relies on the group’s branches to distribute its products, has around 10 billion euros in credits on its books, of which around 1 billion euros are non performing – or 0.5 billion euros net of writedowns.

UniCredit had looked in the past at a possible sale of the leasing business, which reported a profit of around 20 million euros for the first half of 2021.

Analysts estimate between 800 and 900 million euros of UniCredit’s capital could be allocated to the leasing unit, calculating a return on equity of around 5% for the business.

UniCredit is working on a new business plan expected in November under new CEO Andrea Orcel, who took over in April.

The former head of investment banking at UBS, Orcel has pledged to boost revenues and profits after his predecessor focused mainly on cutting risks.

Progress on the new plan has been held back by protracted talks with Italy’s Treasury to buy “selected parts” of ailing state-owned rival Monte dei Paschi di Siena.