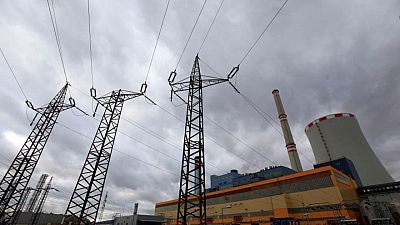 PRAGUE – The Czech Republic’s energy regulator will seek assurances from suppliers that they can meet customers’ needs, stepping up oversight after one of the country’s biggest electricity and gas groups shut operations due to a spike in prices across Europe.

The ERU regulator has called on the Czech market’s 434 licensed energy suppliers to document supplies for household and company clients by the end of next week, with results expected by the end of October, it said late on Saturday.

The extraordinary step comes as benchmark European gas prices have soared because of factors like low stocks, outages and high demand in Asia, lifting power prices to record highs around the continent.

Bohemia Energy, one of the largest Czech alternative energy suppliers, ended supplies for customers on Wednesday citing the wholesale market’s price spike, affecting 900,000 clients who need to be covered by suppliers of last resort.

Some smaller suppliers have also closed.

ERU‘s chairman Stanislav Travnicek said it wanted assurances that suppliers had not engaged in what it called gambling in markets. But he added that the biggest groups had secured supplies, and that panic was unnecessary.

Major suppliers like majority state-owned utility CEZ have had to step in after the closure of Bohemia Energy, whose customers could face higher prices.

With energy customers facing rising bills because of the spike in markets, the government, like others in Europe, has also sought ways to ease the burden on households, for example by “energy checks” to help needy families cover costs.